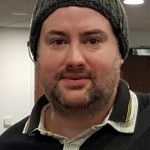 IBF World featherweight champion Lee Selby, will make his American debut on the 14th October, 2015. The Wednesday night fight will be broadcast by PBC on ESPN.

The Barry boxer won the IBF title with an impressive victory over undefeated, defending champion Evgeny Gradovich back on the 30th May, 2015. So, his first defence will be on US soil and infront of a large TV viewing audience stateside. The card will co-feature Devon Alexander (26-3, 14 KOs) vs Aaron Martinez (19-4-1, 4 KOs) in a welterweight contest.

Lee’s opponent will be the vastly experience Fernando “Cochulito” Montiel (54-4,2, 39 KOs), of Mexico. The 36-year-old challenger, ranked No.10 in the IBF’s August rankings, has held numerous World titles in the Flyweight, Super-Flyweight and Bantamweight divisions. A professional since December 1996, he has impressive wins over the likes of Martin Castillo, Luis Maldonado, Hozumi Hasegawa and Nehomar Cermeno.

The powerful “Cochulito” has won his last eight contests including wins over Cristobal Cruz and then-unbeaten Sergio Puente. His last defeat came in 2011, on points, to Victor Terrazas. his biggest defeat came in a unification bout against Nonito Donaire, back in February, 2011 when knocked-out in two rounds by “The Filipino Flash”.

This fight will give Lee Selby exposure to a wider audience and against a recognisable name. It should also provide the Welsh boxer with a successful first defence of his World title. The fight will be shown on SkySports in the UK. A venue is yet to be confirmed.

Interview with Derby’s Dave Ryan
The Bowe/Holyfield Trilogy: Will We See One Like It Again?
Read more articles about: Fernando Montiel, Lee Selby

Undefeated WBC super middleweight champion David Benavídez 22-0 (19) says challenger Alexis Angulo 26-1 (22) won’t be showing him anything he hasn’t seen before when the pair meet at the Mohegan Sun Arena in Uncasville, Connecticut on Saturday night …

Jeff Horn believes Tim Tszyu is spoiled and living off his famous father’s last name. Tensions are running high ahead of their highly anticipated grudge match at Country Bank Stadium in Townsville, Australia on August 26. The bout will take place …

sThe WBC has granted a week-long extension to Golden Boy Promotions and Matchroom Boxing to negotiate a deal that would see lightweights Ryan Garcia and Luke Campbell clash for the vacant interim title. The fight was to go to a purse bid that was …