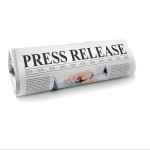 Dawson will face the veteran Cornelius White (23-4, 17 KOs) in a 10-round light heavyweight bout, Kielczweski enters the ring for eight rounds of featherweight action, Gongora competes in a super middleweight attraction while Russell takes on Leonardo Reyes (3-9, 1 KO) in a bantamweight fight.

Also entering the ring is popular super bantamweight contender Shelley Vincent (16-0, 1 KO) out of Providence, RI., who will have plenty of support behind her when she takes on New Mexico’s Elizabeth Anderson (4-7, 1 KO) in a six-round bout.

Rounding out the action are a pair of prospects making their pro debuts as Providence’s Anthony Marsella Jr. fights in a four-round junior welterweight match and Connecticut’s Mykquan Williams in a four-round welterweight contest. Williams is a highly touted local prospect who fought to a 45-13 amateur record including three gold medal performances at the Ringside World Tournament.

A former world champion at light heavyweight, Dawson returns to the ring looking for the 34th victory of his successful career. The 33-year-old owns victories over former world champions Bernard Hopkins, Antonio Tarver and Tomasz Ademek and most recently defeated Shujaa El Amin in December 2015. The veteran owns a 17-1 record in fights in his home state of Connecticut. He takes on the veteran White out of Houston who picked up victories in his last two starts over Marcus Oliveira and William Johnson.

A runner-up in the 2008 National Golden Glove tournament, the 25-year-old Kielczweski has become a staple fighting in his native New England. Born and raised in Quincy, Mass., he bounced back from his first defeat to deliver a first-round knockout over Anthony Napunyi in May 2015 and followed that up with a victory over veteran contender Rafael Vazquez in October of last year. During this camp, Kielczweski served as a chief sparring partner of the 126-pound champion Russell Jr.

Twice a National Golden Gloves runner up, Russell won the national championship in 2013 and he now looks to follow in the footsteps of his older brother and current 126-pound world champion Gary. A 23-year-old fighting out of Washington, D.C., Antonio has won four of his five fights inside of the distance. He faces the 22-year-old Mexican Reyes.

Fighting out of Brooklyn but originally from Esmereldas, Ecuador, Gongora was an Olympian in 2008 and 2012. Since turning pro in 2015, the 26-year-old has picked up four victories, including a fourth-round stoppage of Derrick Adkins in his most recent triumph in January.

The event is promoted by DiBella Entertainment. The bout featuring Pedraza and Smith is promoted in association with Gary Shaw Productions, Universal Promotions and Matchroom Boxing.