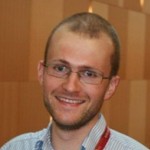 Steve is an experienced boxing writer and author. He has been writing about boxing for over 12 years and has attended over 150 shows. He has written and published nine books on the sport. He is the host on a boxing podcast called Boxing Asylum.

Frank Buglioni and Callum Johnson will clash on March 24 for Buglioni’s British light-heavyweight title. It was originally proposed by promoter Eddie Hearn that the winner of this bout would meet the winner of a Hosea Burton-Anthony Yarde fight and fight fans were immediately salivating at the prospect. Yarde, of course, is promoted by British rival Frank Warren and problems inevitably arose when Warren dismissed the idea and asked for Yarde to get a direct crack at Buglioni instead.

Buglioni initially built his reputation as a value-for-money boxer on the big fight undercards when signed with Frank Warren. ‘The Wise Guy’ shifted a huge amount of tickets in London which enhanced his appeal, along with an all-action style that meant he always got hit a little to often for the liking of his team and fans but that style endeared him to a neutral audience. Buglioni’s biggest fight to date was his 2015 WBA super-middleweight opportunity against Fedor Chudinov in Wembley Arena. Buglioni fought hard and bravely but was badly outgunned by the hard-punching Russian and the bout was becoming uncomfortable to watch in the closing stages as Buglioni’s only goal became 12-round survival and the moral victory of lasting the course. He managed that, conceding lopsided scoring margins on the judges’ scorecards, but Buglioni’s only solace was a cracking shot that felled Chudinov in round six. Unfortunately that landed after the bell had sounded and Buglioni was deducted two points to add to his woes.

Despite the heavy defeat, even reaching anything resembling world level was quite the feat in itself for the now-28-year-old. Buglioni had beaten the usual array of journeymen and survivors before stepping up in 2014 to face dangerous gatekeeper Sergei Komitsky. The experienced Belarus brawler gets beaten by the best but always has an eye on the upset and Buglioni simply could not get his head out of the way of the lashing hooks from both hands that were dished out, round after round, and was eventually halted in the sixth session. Buglioni rebounded with a variety of wins but looked less than impressive against Andrew Robinson and only managed a draw against Lee Markham – both men were considered on the rung below British title class.

After Buglioni left Frank Warren he signed for Matchroom and engaged in a superb war with Hosea Burton which saw momentum swings back and forward until Buglioni finally stopped unbeaten Burton in the 12th and final round.

Meanwhile, Buglioni’s opponent Callum Johnson has had somewhat of a chequered career himself and has been blighted by injuries. Indeed, the Matchroom press release on Twitter to announce this fight rather unusually included the information that Johnson’s participation was dependent on British Boxing Board of Control approval based on medical grounds.

The Lincolnshire boxer is 16-0 with 11 knockouts and Johnson wasted little time blazing through most of the usual suspects on the British scene before stepping up in his last fight against former world title challenger Willbeforce Shihepo, knocking the African out in nine rounds. That was back in September, 2016 and Johnson has not fought since. If he can iron out his medical issues (which has included a potential heart complaint that initially forced him out of this fight in October on the Joshua-Takam undercard) then he is a viable opponent for Buglioni and will give the champion plenty of food for thought. Getting Johnson back into the ring has to be the main priority, however.

Taking out the inactivity and injuries I would probably pick Johnson to overwhelm Buglioni who is notoriously easy to hit. However, after a fairly even start and middle to the contest I wonder if Buglioni’s staying power, coupled with Johnson’s waning gas tank, might factor in and therefore I predict Buglioni to retain his title by close but relatively clear margins on all of the cards.