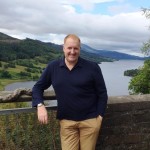 Jon has been a fight fan for around 40 years, Jon has a Diploma in Freelance Journalism. As well as being an official with the British Boxing Board of Control, Jon is also a coach with the Declaration 1320 Boxing Club in Arbroath.

The Barclays Centre in Brooklyn on 3rd March will take us another step closer to having an undisputed, unified Heavyweight World Champion as Deontay Wilder defends his WBC Title against Luis Ortiz. The winner will hopefully go up against IBF & WBC Champion Anthony Joshua should he be successful in the unification fight with WBO Champion Joseph Parker later that month.

Wilder has a perfect record so far being undefeated in 39 fights and boasting an astonishing 97% KO ratio (although his record is not exactly against stellar opposition) with only Bermane Stiverne having managed to go the distance in their first fight, their 2nd fight 2 years later was all over in the first round.

Fight fans will in the main be looking forward to what they hope will be an AJ V Wilder contest as the glamour fight out there until, of course, Tyson Fury is fully back on the scene.

However, Ortiz is also undefeated in his 28 fights to date and will be looking to come and spoil the party. This fight was originally scheduled for November last year only to be cancelled due to Ortiz failing a drug test which he has subsequently been cleared of.

Ortiz can punch and at supposedly 38 (he could even be older) the tough Cuban is likely to only have this one chance to make his own push for world honours so will want to make it count. He is certainly getting involved in the trash talking having recently tweeted that he was “going to tear the skin off his body” when talking about the Bronze Bomber. Wilder is not short of a word or two either and he is adamant that he will add Ortiz to the list of victims he has knocked out.

Ortiz is a slick southpaw boxer who carries power. He also has precision and is nimble on his feet for a big man which could spell danger to someone like Wilder who has a fairly unorthodox way of boxing and swings wildly, especially if he senses his opponent is in danger. This could play into Ortiz’s hands as his snapping jab and straight left could cause serious problems for the American champion.

Wilder’s trainer, Jay Deas, knows that Ortiz is a threat admitting that his man cannot switch off or lose concentration at all in this fight. Indeed at this level, one lapse in concentration by either man could render them unconscious. Ortiz probably doesn’t have as good an engine as the much more athletic looking Wilder. That may mean that he favours meeting him head on and going for it early, which again could be dangerous for Wilder as the Cuban is undoubtedly the more accurate puncher of the two. If he does connect first then it could well be him that takes centre stage against the victor of the AJ v Parker fight.

Whatever happens, we look to be nearing a stage when two heavyweight champs will fight “for all the marbles” as they say in the states. By that point, as well as all the fans there will be one other particularly interested party who should be ready to attempt to reclaim the crown he never lost in the ring in the shape of the 6ft 9” Gypsy King, Tyson Fury.