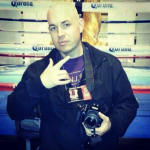 Last month, SHOWTIME hosted a press conference in New York that featured a plethora of champions and contenders who are set to be featured in upcoming shows on the network.

As of it’s announcement, the upcoming SHOWTIME schedule, for boxing, features such contests as the Feb. 17 Danny Garcia vs. Brandon Rios showdown in Las Vegas, the David Benavidez vs. Ronald Gavril rematch, the March 3 heavyweight showdown between WBC champion Deontay Wilder vs. Luis Ortiz, Mikey Garcia vs. Sergey Lipinets on March 10 in San Antonio, Badou Jack vs. Adonis Stevenson in Canada in May, as well as the forthcoming ring returns of WBA/WBC welterweight champion Keith Thurman and IBF champion Errol Spence Jr. In separate bouts.

What is surprising about SHOWTIME’s upcoming schedule is that it’s chief competitor, HBO, doesn’t appear to be nearly as involved with their schedule. We saw HBO telecast the Jorge Linares vs. Mercito Gesta and Lucas Matthysse vs. Tewa Kiram bouts from the Forum in Inglewood, and they do appear to have another “Superfly” card coming up, as well as having announced the May 5 Canelo Alvarez vs. Gennady Golovkin rematch.

But other than that, I wondered what could be next for the former boxing juggernaut when it comes to boxing programming?

And things got even more sketchy for HBO, as it was announced that SHOWTIME will also be hosting the March 31 heavyweight title showdown between WBA/IBF champion Anthony Joshua vs. WBO champion Joseph Parker.

SHOWTIME announced the news on Monday, as the match is scheduled for March the Principality Stadium in Cardiff, Wales. HBO reportedly made a push for the fight, but SHOWTIME matched their rival network’s bid, according to a report from RingTV.com.

“The heavyweight division is in the midst of a renaissance, and Showtime is delivering all of the pivotal bouts to our subscribers,” said Stephen Espinoza, Showtime Sports President, of the recent developments within his network.

“Anthony Joshua is a global superstar, and we’re proud to present his sixth, and perhaps most challenging, world title fight to the U.S. audience,” Espinoza continued. “Joshua vs. Parker will be the 12th heavyweight world championship match on Showtime since Deontay Wilder won his title in 2015, an undisputed industry-leading offering in boxing’s preeminent division.”

As noted, SHOWTIME will also be televising the Deontay Wilder vs. Luis Ortiz showdown from Brooklyn, New York on March 3, giving them a big angle on a possible Joshua vs. Wilder collision.

It’s very surprising to see HBO without any significant fights coming up. With Top Rank having taken their stable of stars, such as Vasyl Lomachenko, Manny Pacquiao, Terence Crawford, and others, over to ESPN, it has left HBO’s upcoming boxing schedule looking a bit sparse at the moment.