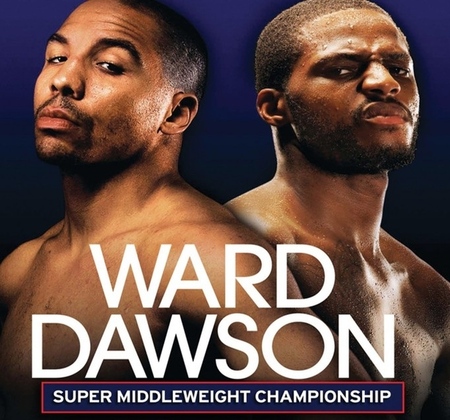 On September 8th, one of the most anticipated fights of the year will take place when super middleweight and ‘Super Six’ Champion Andre Ward (25-0) takes on light heavyweight Champion Chad Dawson (31-1), at the Oracle Arena, Oakland California.

The last time we saw Andre Ward, was when he won the ‘Super-Six’ super middleweight Championship and put on a boxing clinic against Britain’s Carl Froch. The manner in which Ward won was no discredit to Froch. His dominance on the outside and the inside surprised a lot of boxing fans, of the fighter it was against. Froch had no answer to Wards silky, well timed and methodical boxing skills. Winning that fight established Andre Ward as one of boxings P4P greats.

The bookmakers have Ward a major favourite at 1/7. There are reasons for that. Dawson is coming down to 168lb from Light-Heavy and he will be fighting in Wards hometown of Oakland. The question is; will these things affect Dawson? The loss in weight shouldn’t affect him too much, come fight night, he’ll probably be 175lb. If we analyse Dawson’s boxing style, he’s never been a one punch knockout boxer, he works behind his southpaw jab, fights from range and throws good combinations.

The loss in weight might actually be a benefit to him; he’ll be lighter on his feet and will be able to use his range better. Dawson also doesn’t have to worry too much about Ward’s punching power as Andre has never been known for his knockout power. Dawson having operated at a heavier weight may be naturally accustomed to taking stronger punches.

An advantage to Dawson is his Southpaw stance and if he wants to win this fight he will have to use it effectively. Ward hasn’t fought a Southpaw at this level before. Dawson will have to use his height advantage to keep Ward at range and keep sticking his jab out. The moment both fighters are inside, it will be a battle of wills and anything can happen. Being in Wards hometown, its important for Dawson to keep this a boxing match and not an inside brawl. The judges will naturally favour the hometown fighter in close fights.

No doubt about it, it will be a great match! It’s an unknown for boxing fans because this is the first time we’ve seen Ward against this level of opposition. But ultimately, Ward is the favourite for a reason. His boxing skills are unique. We have yet to see him in any kind of trouble. He dispatched the likes of Froch, Abraham, Kessler and Bika with relative ease. Contrary to that, Dawson has struggled in his last few fights, he beat Bernard Hopkins by decision, but many thought the decision was a robbery; he struggled against and lost to Jean Pascal before an unconvincing decision victory over Adrian Diaconu. Dawson appears to struggle against pure boxers and pressure fighters. And Wards camp will be fully aware of this. Unless Dawson can use his southpaw stance, height and reach advantage to keep Ward on the outside. This will be another easy night for Andre Ward.