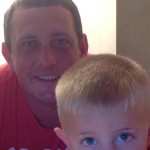 Small town USA father of 4 with a wonderful wife. Fan of major sports and the sweet science.

For almost the entire 20th century the heavyweight champion hailed from somewhere in the United States. It is one of sports statistical anomalies. For 107 years a country outside of America held the title for less than 7 years. It was an iconic symbol of American culture and for some generations a national treasure. Still like family heirlooms and pawn shops, whenever an object no longer provides meaning to its owner or loses its intrinsic value all that is left is luster and shine. Sad as it may seem but when the sparkle fades the item is often discarded. Most times freely.

America did not invent the sport like basketball or baseball where they had a head start on exposure. Modern day prize fighting evolved from an Olympic sport in European back rooms and pubs. For goodness sake the fight game is played by Queensbury rules nobody has been named that in the U.S. for the past 150 years. It was just as if the boxing gods were pleased and blessed the American fighter with the crown year after year. When one champion retired or was beaten there was always the next in line coming up from the mean streets of Americas inner cities ready to claim their right to the throne.

Like my father and his before the thought of some other country owning the belt for a significant period of time was nearly laughable. While tales of legendary nights in the ring may have fueled the confidence of my predecessors, video games affirmed mine. The standard plot for a boxing video game in the eighties or nineties would have the player travel all around the world to prove worthiness to fight the champion back in America. The Russian may have an alcohol problem, a fighter from Germany would have a mustache, and thanks to Indiana Jones any fighter from the Middle East had some magical powers. Ridiculous now but back then it was the norm. Regardless of what order they were presented to the player, they were always inferior. So to think whenever Great Britain’s Lennox Lewis reached across the Atlantic and grabbed the title that Europe would hold something so engrained as a truth to an American fighter for nearly two decades now at the time was unimaginable.

In the beginning heavyweight championship was the forum that allowed an emerging world power to believe it belonged. That if shit really hit the fan and everyone was left just to their two hands America could survive. It was the heavyweight title that first broke the color barrier when the Galveston Giant Jack Johnson defeated Tommy Burns and thirty years later it serve as catalyst to refute narrow minded views when American Joe Louis defeated German Max Schmeling as WW2 raged on. The turbulent sixties brought Cassius Clay who used the title as a platform to promote the freedom of religious beliefs by legally changing his name to Muhammad Ali and refusing to fight in Vietnam. His work as Ali on humanitarian and peace efforts since has garnered him global recognition.

But then something happened. Maybe it was the intoxicating level of confidence that comes from an 80 year reign as king of the ring or the blind eye turned to the retrospective obvious but by the time Holmes bludgeoned Ali any internal or emotional value tied to the Heavyweight Championship was gone. To America it no longer stood for self reliance, racial equality, or the God given right to practice ones individual faith. It was simply entertainment. No longer was the fighter considered, only the end prize. This loss of intrinsic value allowed the exploitation and abuse of a phenomenal 18 year old boxer, whose career could have been one for the ages, yet will always be remembered more for cannibalism than ring prowess.

Evander Holyfield tried to refurbish the crown but by the time he completely earned the title from Mike Tyson even the luster and shine was irreparable. The same powers that once heralded the Heavyweight Champion as an American hero now considered him a savage in a brutal exhibition not even worthy to be called a sport. Just like family heirlooms and pawn shops the Americans freely gave Europe a national treasure with the same rationalization for guilt as anyone does when giving up something they can no longer care for. America just wanted it to go to a place where it would be appreciated.