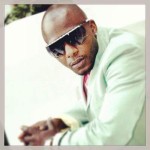 Former WBC light heavyweight champion Jean Pascal (30-3-1, 17 KOs) escaped with a win in what most considered a controversial ten round unanimous decision over previously undefeated Cuban Yuniesky Gonzalez (16-1, 12 KOs) on Saturday night at the Mandalay Bay in Las Vegas, Nevada.

The fight was pretty interesting because both boxers were trading hard shots for the majority of the fight. It seemed like Gonzalez won more rounds than Pascal did because he threw and landed more punches but when you leave a fight like this in the judges hands the outcome is not always easy to predict. The scores were 96-94 on all three cards for Jean Pascal.

In the main event undefeated WBO, WBA and IBF light heavyweight world champion Sergey “Krusher” Kovalev (28-0-1, 25 KOs) knocked out Nadjib “Irondjib” Mohammedi (37-4, 23 KOs) in their mandatory light heavyweight championship fight. Kovalev put Mohammedi on the canvas with a couple of shots to the head in the second round and signaled for him to get up so he can punish him some more.

Kovalev stated that he wanted to put on a good show for the audience at the Mandalay Bay but Mohammedi’s chin and face couldn’t withstand the punishment as the Krusher landed a few more blows that could have possibly broken Mohammedi’s nose. The fight came to an end at 2:38 in the third round.