The SHOWTIME BOXING on SHO EXTREME telecast begins live at 9 p.m. ET/PT from the Vidéotron Centre in Quebec City prior to that evening’s SHOWTIME CHAMPIONSHIP BOXING telecast. In the SHO EXTREME opener, undefeated heavyweight and former international amateur star Oscar Rivas (17-0, 12 KOs) will face Joey Abell (31-8, 29 KOs) in a 10-round bout.

Here is what the SHO EXTREME participants had to say on Thursday: 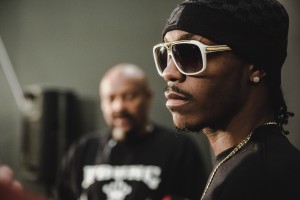 “I know I’m taking a risk by taking this fight but I’m going to take advantage of this. I really don’t need rest because I’m in the gym anyway. So let’s just get this fight out of the way and I’ll just wait for the world title fight.

“I don’t feel pressure. I know what I jumped into when I got into this professional boxing game, and I have a good team around me. We’re a tight circle and very strong, and when the opportunities come, I’ll be ready to take advantage of it.

“People are talking about me wanting to fight Errol Spence and getting revenge (on a past U.S. Olympic boxing trials loss). I don’t have revenge on my mind. I mean, we could definitely do it when I move up a weight class, but right now I’m focused on a 140-pound title shot. I want that title shot in early 2016 against (current WBC world champion) Viktor Postol.

“(Postol) is a good fighter and he got the title for a reason, but you can’t hide and run for too long and my time is coming next year. You get one defense and then it’s all me. It’s all Young Master.” 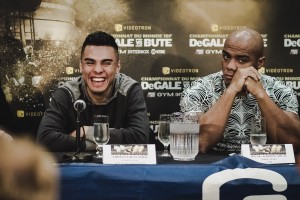 “I would say this is the biggest fight of my career. It’s going to be a great fight and I’m looking forward to a great night.

“(Imam’s) got a lot of tools and he’s very talented. We’ll take it round by round and make adjustments as the fight goes.

“I’ve rebounded well. I’m not satisfied with the way my career has gone and had a lot of bad decisions and management problems. I wasn’t brought along like my opponent was. But it’s helped me grow some thick skin and attributes to why I’m here today.

“I’ve faced tough fighters before and it’s not the first time I’ve been the underdog. I will pull off this upset.

“I’m looking to shock the boxing world on Saturday night.” 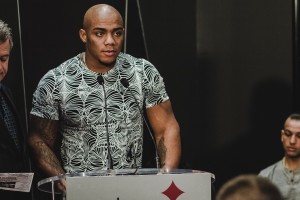 “My strength is my speed and the way I put pressure on my opponent. So I’m going after (Abell) and will put a lot of pressure on him until he falls.

“I’m so thrilled and elated to fight again on a big stage. I fought on ShoBox in my last fight and it was amazing. It’s so important for me to get seen so I can fulfill my dream and get into the top 10 in my division.

“This is the biggest fight of my career and the biggest opportunity I’ve ever had. I just want to make sure I grab it and look spectacular.”

“I can’t find anything we need to work on. Amir is strong and technically sound and he’s getting more experienced every time he fights. He’s a devastating puncher. He’s the full package and that’s very tough to find. They don’t come around too often.

“I’d like him to fight Adrien Broner next year. I’d like to fight all the guys and unify all the titles next year. Boxing is going to need a new superstar now that Floyd Mayweather is gone, and we’re not going to wait 15 years to make another one. I think Amir unifies all the titles at 140 and 147, then we’d have our new superstar within 36 months.

“He has to use his jab to win on Saturday. He’s got a beautiful jab, the best jab in boxing. And everything has to come right behind it.”