The news broke on social media that WBO, WBA ‘Super’ and IBO Heavyweight champion Tyson Fury (25-0, 18 KOs) had suffered an ankle injury. The injury has caused his July 9th, clash, at the Manchester Arena, with ex-champion Wladimir Klitschko (64-4-, 53 KOs) to be postponed.

“They’ve said it’s not broken but it’s badly sprained and to keep off it for six to seven weeks,” Tyson Fury said via his Instagram account.

Wladimir Klitschko on the postponement: “Of course, I am currently totally disappointed about the cancellation.

“As well as for my fans, I´m very sorry, they were all very excited for this rematch. But one thing is also clear, this just means I’ll get my belt a few weeks later.” 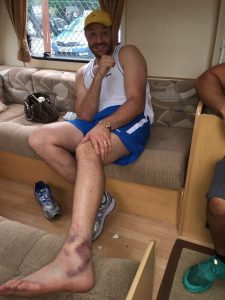 Sources say the contest will still take place in Manchester, at the same venue, but will be put back to October. This is a big blow to the sport, which had been intrigued as to how this rematch would pan out.

Fury, 27, defeated Wladimir Klitschko last November, over 12-rounds, in Dusseldorf, Germany. Neither man has fought since. 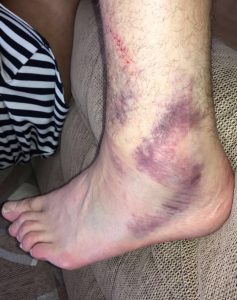