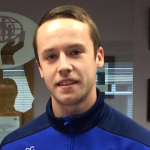 The end came via Bellew’s left hand in the fourth round after both men had went toe to toe and exchanged for three rounds yet, the result was never in doubt as Flores looked a long way from world level.

In round one both men took no time to figure each other out, with the Liverpudlian landing to the body before knocking down the challenger twice in the second session. The first of which came rather bizarrely with Flores turning to the referee to complain dropping his hands while the experienced Bellew went on the attack catching his man and dropping him to the canvas.

The third knockdown of the night came right on the bell but both men emerged for round three only for the finish to come devastatingly late in the round as Bellew’s right hand cracked Flores dropping him for the final time and ending the fight.

After the fights conclusion Bellew heading straight to David Haye who was working ringside for Sky Sports. Both men exchanged verbals before Tony jumped head first through the ropes to get at the man he wants to fight next. In a post fight interview a clearly fired up Crusierweight world champion continued to talk about Haye. With the Liverpool man shouting ‘I will beat you (David Haye) and that pathetic hair cut’ adding that Haye is really a cruiserweight labelling him ‘sponge bob square pants’. 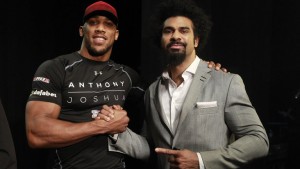 Haye remained composed throughout the whole episode and spoke confidently about beating Bellew stating he would ‘probably knock him out with a jab’ and that he would beat him so easily that he could schedule a fight for the following week. He also stated he would fight Bellew if it is something that the public demands.

On the undercard Luke Campbell (15:1:0) halted Derry Matthews (38:11:2) in the fourth round after dropping the home fighter three times. Both knockdowns in the fourth session where sickening body shots, the first of which had everyone in attendance wondering how Matthews made it back to his feet. However his brave effort was in vain when another Campbell body shot crippled Derry who this time couldn’t beat the count and was in distress for minutes after the shot landed. 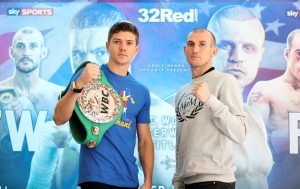