Two welterweight champions are set to go toe to toe on March 4th with the Barclays Center in Brooklyn a likely candidate for the fight to take place. The clash will be screened live on Boxnation in the UK while it will surprisingly be shown on Showtime in the US for free, a financial move that is beneficial for both the boxers and the sport. The fight will be for Thurman’s WBA crown and Garcia’s WBC title. 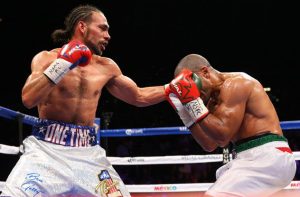 Thurman, 27-0 with 22 KO’s, won the WBA strap when he beat Robert Guerrero on points in a fight that was largely predicted to be a win for One Time. Surprisingly, the shop worn Luis Collazo was able to hurt Thurman to the body with crippling hooks before being stopped in 7 rounds and took part in a Fight of the Year candidate for 2015 when he and Shawn Porter went to war in which Thurman won a unanimous decision by two points on all three official scorecards.

While Thurman initially gained a reputation for being little else but a banger, he showed that he has a variety of skills in his armory throughout the course of 2014 and 2015, displaying maturity in patiently going the distance on a few occasions. He is on a roll right now but will that come to an end in March? 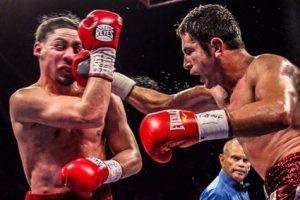 The answer to that is a serious possibility. Danny Garcia, 33-0 with 19 stoppages, seems to have always found a way to win despite lacking the speed that other champions typically possess. Lamont Peterson gave him a fight in which Garcia had to dig deep to win a majority decision. On a previous occasion, Mauricio Herrera’s right hand upstairs, jab and pressing style gave Swift all he could handle and lost a controversial decision causing people to wonder if Garcia is slipping a little. 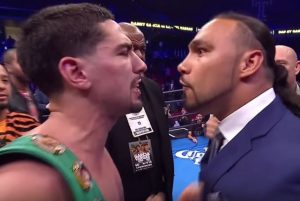 However, the two weight champion has risen to the occasion when faced with a dangerous opponent such as Lucas Matthysse, Amir Khan and Erik Morales. So, it isn’t a fight that Keith Thurman should take lightly despite Garcia’s recently mixed form. He throws a good left hook to the body and is not likely to let off his foe if he has him in trouble. Thurman also likes to throw upstairs and down. However, Roberto Guerrero showed that Thurman can be countered when he wades in and that is something that Garcia could capitalize on. 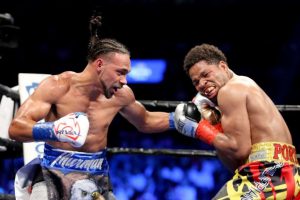 Garcia has a workman like approach in his style and throws many shots if he thinks they will land effectively, but his counter punching ability particularly stands out as well as his over hand rights. His jab is also quite efficient but he tends to get in wars when there is little need to do so. Perhaps the jury is also still out in regards to how effective he can really be at the welterweight division considering he has beaten over the hill versions of Paulie Malignaggi and the aforementioned Guerrero. Keith Thurman is a natural welterweight, so there should not be any weight issues for him.

The prediction here is that the naturally bigger man will have trouble with Garcia’s awkward counter punching style in the early rounds but will find a way to adjust and overwhelm his man in the later rounds for a late stoppage in what will be a tightly fought contest up until then. 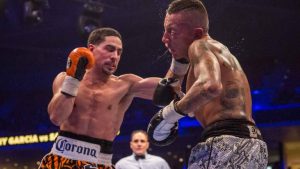 But Danny Garcia has been known to have had a few tricks up his sleeve in the past, and that is perhaps the most intriguing thing when thinking about this fight. The fact that two of the best in boxing right now are going to take part in such a blockbuster, and not on PPV, is exciting enough and will hopefully be a game changer for boxing for months to come.

Do you hear that, Chris Eubank Sr?