After the heartbreak of not fighting at the MGM Grand, Las Vegas, on the Frampton vs Santa Cruz January rematch – Lee Selby (23-1, 8 KOs) is, finally, back in a boxing ring this Saturday. On the undercard of the Haye vs Bellew bill at O2 Arena, Greenwich, London. 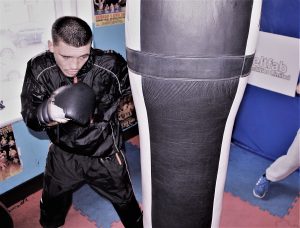 Lee’s fight in Las Vegas fell apart at the weigh-in when, mandatory challenger, Jonathan Victor Barros failed a medical. There have since been appeals from the Barros team and the IBF are looking into the situation. In the meantime, the IBF have granted the Barry boxer permission to have a non-title fight.

It’s been, almost, a year since Lee defeated American Eric Hunter, in the second defense of his World title, so, this opportunity to box on a big SKY PPV card is welcome. Selby, 30, is unlikely to be affected by ring-rust, as he always stays in top shape and is never far from a gym. 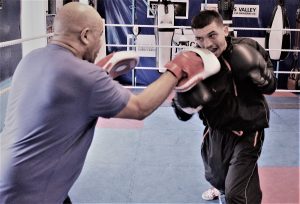 Selby’s opponent is Andoni Gago, 31, a pressure fighter, who boxes out of the orthodox stance. A popular boxer in his native city of Bilbao. He is a former Spanish featherweight champion, who made three succesful defences. Sporting a mohecan hairstyle and known as “El Macho”, he seems content to fight toe-to-toe and grind his opponent down. He leaves himself open, due to throwing so many shots, and has been cut in the past. He doesn’t possess power but keeps coming. He lost his biggest fight against Romanian Viorel Simion (in 2016) via a unanimous decision, over twelve rounds, for the IBF Inter-Continental featherweight title. Viorel, a former Selby opponent, wobbled him a few times but couldn’t stop him and two of the final judges scores were close (114-113, 115-113 and 118-109).

The vast majority of Gago’s contests have been in Spain, and mainly in Bilbao – the fight with Simion was in Romania and the right man won. His only other defeat came in 2013, to King Daluz, via split decision. Andoni (16-2-2, 5 KOs) has, also, been held to a pair of draws with Spaniard Kiko Amarillo (near the beginning of both boxer’s careers). It’s tricky to pick his best win, but he did score a first round knockout over, then undefeated, Robert Laki to win the vacant IBF International featherweight title, in 2016.

The bookmakers have the Welshman as an overwhelming favourite and the only money to be made is on a Selby stoppage win or an upset. I don’t see an upset, as Lee is a masterful boxer and will have too much movement, ability and power to be seriously troubled. It could go a few rounds, as the Spaniard is tenacious but I expect him to be picked apart and stopped. 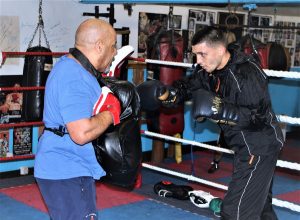 10 Boxers Who Lived Up To The Hype. And Those Who Did Not!
Haye – Bellew to be shown LIVE ON AWE and Klowdtv.com this Saturday
Read more articles about: Andoni Gago, Lee Selby