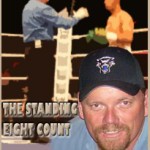 The Mandalay Bay Resort and Casino in Las Vegas was the host for the rematch to the very controversial first meeting between Andre Ward and Sergey Kovalev. In their first meeting, Ward came away with a highly disputed unanimous decision over Kovalev that brought anger from fans, scrutiny of judges and a bad taste in the mouths of many Boxing people.

On Saturday night, with the WBA, WBO and IBF belts on the line, Andre Ward who hails from Oakland, California made sure the judges couldn’t play any part in the outcome when he battered and stopped the former champion in the eighth round of the scheduled twelve rounder.

In the first stanza, not much happened as both guys felt out the other. Kovalev was the aggressor and appeared the fighter with a clearer vision of his game plan.

Round two began with Ward getting more comfortable as he began to control the distance of the two fighters. The jab of both men was finding the mark. Ward also landed a borderline low blow and referee, Tony Weeks gave Kovalev a few seconds to catch his breath. As we would later find out, this wouldn’t be the last time the body work of Ward would come to the forefront.

The third was a nice round for Kovalev as he seemed to be back on track trying to control the pace and use his size advantage. This reporter scored the fourth round for Sergey Kovalev, it would be the last round he would win.

In round four, Andre Ward needed to establish some offense to keep Kovalev honest and he did just that. Two very sharp left hooks found the mark on Kovalev and Ward even managed to measure Sergey with his left hand and followed that with a few very nice right hand shots. The tide was changing at this point of the fight.

Round five showed an even more aggressive Andre Ward as he started punishing the body of the former champion and the frustration was becoming very apparent on Kovalev’s face.

The frustration continued in round six as Kovalev huffed and puffed and missed with most of his shots. Ward was looking like a very confident man at this point of the fight and things were not looking too hot for the Russian.

In round seven Andre appeared in complete control as he continued to punish the body of Kovalev. Sergey complained of low blows, but referee, Tony Weeks deemed, as most everyone else in the arena did, that the blows by Ward were clean and fight continued.

As the bell for round eight rang, Andre Ward came out possessed it seemed and when he landed a huge right hand that buckled Kovalev and had him hurt very badly, the guy that is not considered a finisher, did his best Sugar Ray Leonard imitation and became a killer in there as he looked to finish things.

He attacked the Russian with a barrage of punches and had Kovalev backed into the corner. Ward landed successive hard left hooks to the body of Kovalev and chopped him down like a tree. Sergey dropped to his knees and buckled over. He could not continue and Weeks waved it off at 2:29 of round number eight.

Andre Ward did what most didn’t think he could, he knocked out the bigger and stronger Sergey Kovalev in what must be considered the greatest and most impressive victory of Ward’s career to date.

There is absolutely no doubt who is the Light Heavyweight Champion of the World! His name is Andre Ward.

In the co-main event of the Pay-Per View telecast, the WBA Super Bantamweight title was on the line as Cuban, Guillermo Rigondeaux defended his title against Moises “Chucky” Flores from Guadalajara, Mexico in a scheduled twelve round bout pitting two undefeated fighters against each other.

The first round was like most every round in the career of Rigondeaux, as he looked for his chance to counter his opponent and use his superior boxing ability to both frustrate his opponents and more times than not, bore the people watching. As the round was ticking off its final seconds and the two fighters were clinched, referee Vic Drakulich was moving in to break the fighters to end the round. Almost simultaneously with the bell sounding, both men threw shots. Flores’ punch did not land, but Rigo’s did flush on the challenger’s chin and knocked him out cold. The replay would show the punch landed after the bell.

Craziness ensued as the Nevada State Athletic Commission and referee Drakulich tried to determine what to do. The initial call by the referee was a knockout victory for Rigo.

Could they possibly disqualify the Champion for hitting after the bell? Maybe a no contest would be the right call as both guys threw simultaneously with no intent to foul?

As it turned out, the original call was confirmed and Rigondeaux retained his title by knockout at 2:59 of round one.

In Light Heavyweight action, young Dmitry Bivol from Russia overwhelmed and outclassed Cedric Agnew out of Chicago, Illinois. The Russian came out quick in the opening round and had Agnew on the canvas after a left hook landed and the barrage that followed the left. Agnew managed to stay around until round four. In round four, Bivol landed a clean left hook that sent Agnew reeling backwards and referee, Russell Mora thankfully stopped it at 1:27 of round four.

In the opening bout of the Pay-Per View broadcast, the USBA Middleweight championship was up grabs as undefeated Cuban, Luis Arias defended the title against Arif Magomedov of Russia.

The first four rounds were competitive, but in round five a hard right hand crashed down on the chin of the Russian and he found a soft spot on the canvas to rest a minute. When the action continued Magomendev immediately took two more solid rights and referee Robert Byrd jumped in, just as the corner had thrown in the towel and halted the action at 1:16 of round five.

-Super Middleweights- Junior Younan (12-0 9KO’s) came away with a TKO victory over Zoltan Sera (28-13, 19KO’s) when referee Russell Mora called it at 1:39 of the first round in a bout scheduled for six rounds.

-Middleweights scheduled for eight rounds hit the ring as Vaughn Alexander (10-0, 7KO’s) took on Fabiano Pena (16-8, 13 KO’s) Alexander dominated the action through the first four rounds and the corner would not let Pena come out for the fifth, giving Vaughn Alexander the TKO victory.

-In a 8 round affair, “The Mighty Midget”, Tramaine Williams(11-0 4KO’s)made quick work of Christopher Martin(30-9-3 10KO’s) and came away with a TKO victory in the second round when referee Kenny Bayless had seen enough and stopped at 1:44 of the round.