“It feels great to be fighting on HBO, I’m looking forward to it, I’m in great shape and ready to
put on a tremendous performance against Sullivan Barrera.”

“It’s not like fighting at home but I’m looking forward to fighting at the Forum again, I was treated very well there and it’s a tremendous and legendary venue. I like Los Angeles, the fans were very good to me as well.”

“Along with the media, it’s great to see some many of my union brothers here at the media workout, I truly appreciate all the support they’ve shown me.”

“I saw Sullivan Barrera’s fight with Andre Ward and I’ve seen a few of his other fights. This fight is a huge challenge to me, he’s got a lot of experience but I’ll be ready on July 15.”

“I’d still like to fight Adonis Stevenson, I was ready this year and I’ll be ready at any time but now my focus is solely on this fight.”

“I’ll definitely be going back to working for the union in the future when I’m not training for a fight, it’s a great job and they’ve been very supportive of me throughout my career.

“Joe DeGuardia has done a great job of getting me these opportunities, particularly with Fonfara and Hopkins and now with Barrera, it’s my job to take care of business in the ring.”
JOE DEGUARDIA, President and CEO of Star Boxing

“We’re all very excited for Joe, he’s in tremendous shape as you can see. Barrera is another challenge for Joe and he’s well prepared to be victorious.”
INFO:

Known as “The Common Man”, Irish-American Joe Smith Jr. burst onto the international boxing scene last June, knocking out the highly favored, former world title challenger Andrzej Fonfara in the first round of a nationally televised contest (NBC) from the Pole’s hometown of Chicago.

Six months later Smith challenged future Hall of Famer Bernard Hopkins at the Fabulous Forum and live on HBO. Dominating the legend on December 17 through the first seven rounds, the construction union laborer Smith drilled Hopkins to the canvas and out of the ring earning the knockout in the eighth round.

Sullivan Barrera is riding a two bout knockout streak with victories over Paul Parker on April 15 and Vyacheslav Shabaranskyy on December 16, 2016. His only loss was a decision to light heavyweight champion Andre Ward in March 2016, and Barrera is considered one of the top fighters in the stacked division.

Smith vs. Barrera is presented by Joe DeGuardia’s Star Boxing and Main Events. This fight is part of a sensational triple header featuring Miguel Berchelt vs. Takashi Miura, a 12-round fight for the WBC Super Featherweight World Championship and the WBA Super Featherweight World Championship with Jezreel “El Invisible” Corrales defending his title against Robinson “Robin Hood” Castellanos. Berchelt-Miura is presented by Golden Boy Promotions in association with Zanfer Promotions and Teiken Promotions.

The event is sponsored by Tecate, BORN BOLD and Casa Mexico Tequila and will take place on Saturday, July 15 at Los Angeles’ “Fabulous” Forum and televised live on HBO Boxing After Dark at 9:50 P.M EST.
Tickets are priced at $25, $50, $75 and $125, not including applicable service charges and taxes, with a total ticket limit of 12 per person. To charge by phone with a major credit card, call Ticketmaster at (800) 745-3000 or the Forum Box Office (Monday through Friday 11:00 a.m. PST to 7:00 p.m. PST) at (310) 330-7300. Tickets will also be available for purchase at www.fabulousforum.com or www.ticketmaster.com. 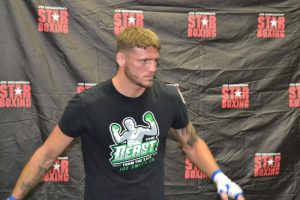 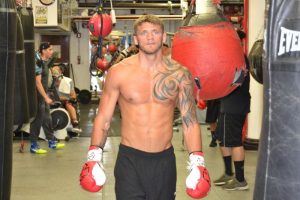 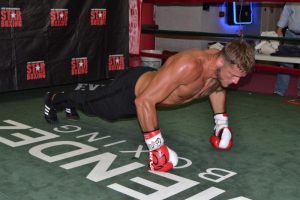 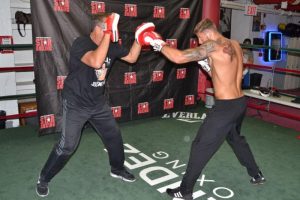 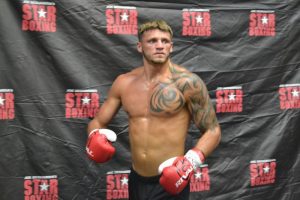