The long awaited middleweight fight between Saul Canelo Alvarez and Gennady GGG Golovkin will finally take place on September 16th at the T-Mobile arena in Las Vegas. The contest will be for the IBF, WBA, Ring Magazine and the WBC championships.

Tickets for the event are completely sold out, having only been on offer to the public for a fortnight! The fans were willing to pay as much as $5,000 to be up close and personal to see the two boxers battle for Supremacy, as Golden Boy Promotions so aptly titled the event. 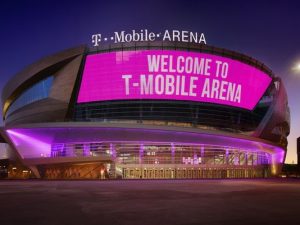 The two boxers, Canelo originating from Guadalajara, Mexico and Golovkin from Karaganda, Kazakhstan, have sold out venues on a quite consistent basis and have the fighting styles that appeal to both fan bases. Golovkin is the older man, aged 35, while the Mexican is still only 27 despite already having over 50 fights and has faced the likes of Floyd Mayweather and Miguel Cotto. Golovkin’s opposition has arguably been slightly inferior. Britain’s Kell Brook jumped up two weight classes and got outclassed while David Lemieux has never quite cut it at the elite level. Still, GGG’s fists have frequently made sure that his opposition has not seen the final bell, having flattened 33 of his 37 victim. This emphatically indicates that Alvarez will probably be fighting his most dangerous opponent yet!

Golovkin was an early favourite with the bookies but the odds on Alvarez inflicting the first loss on Golovkin’s record is now heading in his favour. But, what does Saul Alvarez need to do for those that wish to place their hard earned money on him?

Well, it is heavily claimed that, even though Kell Brook succumbed in 5 rounds, his use of lateral movement befuddled Golovkin. The point of view here is that those claims are a little exaggerated although there is an element of truth to them. Alvarez will need to stay on his toes and use every inch of space he can get to make sure he does not get hit with one of Golovkin’s bombs. He has his work cut out for him because Golovkin is very good at cutting the ring off against his opponents. 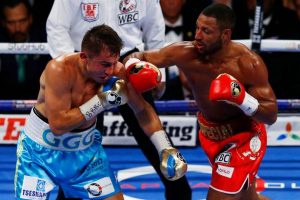 Unfortunately for Saul, it has been evident that his stamina levels are a little questionable. He has shown to blow heavily before halfway through a bout on more than one occasion. If this occurs against Golovkin then he could find himself in a heap of trouble. The Kazakh fighter has proven that he has late stoppage power more than once. Alvarez needs to work hard not to waste any punches, but thankfully for him Golovkin is not terribly difficult to hit.

Daniel Jacobs was able to score with many right hooks to the head, although his hand speed is slightly quicker than Alvarez’. Another observation of that particular bout was that the former WBA champion roughed up Golovkin in clinches which unsettled him. Alvarez should try to make it as uncomfortable for Golovkin as possible. But Saul does not have the reputation for being a particularly dirty fighter, so perhaps he will need to alter his mindset for this one. 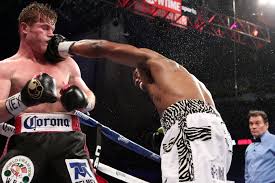 Canelo has showed stamina issues in previous fights, one of which was against Austin Trout

As evidence has proven in the past, Canelo likes to walk straight forward and stand toe to toe while connecting with his trademark overhand rights. While he may be successful with this for a period of time, his lack of lateral movement and overall smaller size could very well see that his disadvantages will prove to have dire consequences.

Styles normally make fights and Gennady Golovkin’s way of boxing is likely to overcome anything that comes his way.