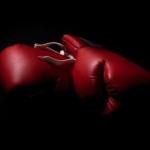 The question now, in 2017, is can 26-year-old Josh Taylor join that honoured group, and the answer on everyone’s lips seems to be a resounding yes.

Modern-day greats such as the troubled Scott Harrison and the ‘Amazing’ Alex Arthur are also part of the same esteemed pool, and soon to join that celebrated collection will be Triple World Champion Ricky Burns, who is currently still active, slated to tackle Anthony Crolla next on October 7 in Manchester.

Coatbridge’s ‘Rickster’ recently conceded his WBA World super-lightweight title to then unbeaten Namibian Julius Indongo, who was defeated by Terence Crawford in the middle of August in a rare unification bout including all four of the major titles.

Only one of three Triple World Champions from the UK, Burns is arguably the most successful boxer from Scotland, but looks very unlikely to ever be able to recapture a world title at 10stone when former conqueror Terence Crawford reigns supreme.

However, after 48 bouts and 16 years as a paid puncher, ‘Rickster’s’ skills are visibly declining and it seems fitting that Taylor has risen to star status at this exact time to take the torch from his fellow countryman and continue the Scottish dominance at the top of the 140-pound division.

Taylor left Edinburgh’s Lochend club, where he worked under Terry McCormack, after winning the Commonwealth gold in 2014 to turn professional with Cyclone Promotions and now trains at the McGuigans’ gym in Battersea, South London, under the tutelage of top trainer Shane McGuigan.

He went straight from the elite level of the amateur system to become a fledgling pro but has since excelled remarkably rapidly to win two titles in two years.

After just six routine contests against the usual suspects during 2015 and 2016, ‘The Tartan Tornado’ stepped up to challenge Dave ‘Rocky’ Ryan for the vacant Commonwealth super-lightweight crown and demolished the former titleholder in just five rounds.

He then kicked off 2017 with a unanimous decision win over Mexican Alfonso Olvera on the undercard of stable-mate Carl Frampton’s rematch with Leo Santa Cruz at the MGM Grand in Las Vegas.

Two months later, Taylor routinely despatched South African super-lightweight champion Warren Joubert in six rounds at the Meadowbank Arena, which has quickly become known as his fortress to his army of fans.

Then came the surprise announcement that two unbeaten rising stars would each put their respective titles on the line in a show labelled ‘Bad Blood’ on July 8 at the Braehead Arena in Glasgow.

Ohara Davies gambled his WBC Silver super-lightweight strap that he won from Italian champion Andrea Scarpa on points and defended once against Derry Mathews, thus sending the illustrious veteran into retirement following a third round TKO.

Taylor put up his Commonwealth crown in the winner takes all contest at the famous port City on the River Clyde, ending in a seventh-round stoppage win to the home fighter.

The brash Londoner was knocked down twice before turning his back and quitting in the final minute of the seventh-round.

Taylor completely outclassed the highly-touted Hackney man during the 20 minutes of championship boxing, easily making ‘Two Tanks’ jabs and counter left hooks simply swipe the air as he sat in his pocket and outboxed him handily.

‘The Jackal’ has confidently declared his belief in his teammate, publicly stating that, “This kid is going to be the best fighter to come out of Scotland since Ken Buchanan.”

Buchanan was the undisputed lightweight champion of the world in 1971 and two-weight world champion Frampton is well-placed to make such a comparison.

The Glasgow 2014 Commonwealth Games gold medallist is clearly backing up the hype and has quickly become a household name with a huge following that leads manager Barry McGuigan to also believe he will become Scottish boxing’s biggest star.

‘The Clones Cyclone’, who experienced extraordinary eminence in his home country of Ireland, fully expects the up and coming Prestonpans fighter to eventually become the leading light in the fight game north of the border, especially as Burns’s star begins to fade after his own glittering career in the ring.

The McGuigans have fast-tracked their protégé to title glory and thrown him in at the deep end, taking risks but coming through successfully, and has already boxed on three world title shows and performed on terrestrial TV in the UK and the States.

The new flag-bearer for Scotland has already had three fights on the road in El Paso, New York and the boxing capital of the world Las Vegas.

The McGuigans firmly believe that their super-lightweight charge will take over the mantle of Ricky Burns, who was previously Scotland’s main boxing attraction for well over a decade.

Of his 10 demonstrations in the ring so far, Taylor is unquestionably tipped for the top.

The super-lightweight division, where he currently campaigns, has just been completely wrapped up by Terence Crawford but he now looks likely to move up after unifying the division.

Winning the WBC Silver means that Taylor has been propelled into ninth place on the World Boxing Council’s ratings, one spot below American Adrien Broner.

Above ‘The Problem’ is 20-year veteran Humberto Soto, who is now regarded as more of a gatekeeper than a real force since being beaten by Orozco. The former two-weight world champion hasn’t been involved in a world title fight since 2011.

The aforementioned Swedish boxer, Yigit, won his European belt by beating Lenny Daws last February in Surrey and next fights Spaniard Sandor Martin – the European Union champion – in Solna on September 30. The victor of this bout would be a good fight for Taylor to take next.

However, Taylor has already openly affirmed his desire to face fellow Scot Ricky Burns in an all-Scotland contest, even stating that he would love for the iconic contest to take place in a fitting setting such as Edinburgh Castle.

Beating Burns would provide Taylor with the credibility and vital experience needed to challenge for world titles.

There’s plenty of suitable selections out there to carefully choose between but if his story so far is anything to go by then you can expect to see him thrown in with some big names in 2018.

Being thrown into the deep end has worked for him so far and he is swiftly swimming towards the big fishes in the pond, making waves on his way and leaving prospects such as Davies in his wake.

It’s so far so good for the Scot and looking likely to get even better.

sThe WBC has granted a week-long extension to Golden Boy Promotions and Matchroom Boxing to negotiate a deal that would see lightweights Ryan Garcia and Luke Campbell clash for the vacant interim title. The fight was to go to a purse bid that was …

Peter Fury has tabbed Dillian Whyte as a future world champion, citing his continued improvement and mental strength as the keys to his success. Whyte has been the longstanding mandatory challenger for the WBC heavyweight title currently held by T…

WBC super middleweight champion David Benavidez 22-0 (19) is champing at the bit to get back in the ring this Saturday when he takes on former world title challenger Alexis Angulo 26-1 (22) at the Mohegan Sun in Uncasville, Connecticut live on Showti…

Undefeated lightweight contenders Rolando ‘Rolly’ Romero 11-0 (10) and Jackson Mariñez 19-0 (7) will meet for the vacant WBA interim title at the Mohegan Sun Casino in Uncasville, Connecticut on Saturday night live on Showtime. The fight will take…