The Montgomery Brothers, Maliek, Mikhail, and Michael Jr, who are guided by Witness Sports Management’s Greg Hannely and Jared Shaw, all scored knockout victories last night at the Shrine Temple, in Macon, Georgia, their hometown.

“It was great fighting in our hometown and getting a knockout was exactly what I wanted to do.” said Maliek Montgomery. “My career is off to a great start and I look forward to getting right back in the ring.”

“I wanted to make a statement in my pro debut,” stated Mikhail Montgomery. “Getting a first round knockout lets me know I have some power. I still have a long way to go, but I’m confident in my quest to make a name for myself. It’s rare that we have professional boxing shows in Macon, so I’m glad I was able to fight in front of my family and friends.”

“My younger brothers and I wanted to come out and show our hometown fans that we are the future of boxing.” Michael Montgomery Jr. said “We all have that power the fans want to see. I’m happy that I got another knockout to start my career.”

“My sons showed up in our hometown,” said Michael Montgomery Sr.” I’m always pushing my boys to go the extra mile in the gym and the hard work is paying off. They showed they have the power to stop their opponents. On Monday we’ll be right back in the gym.”

“I’m extremely happy that all three Montgomery brothers were able to stop their opponents,” said Greg Hannely. “Their father, Michael Montgomery Sr., is doing a great job training his boys. They all have exciting styles that fans want to see. Jared and I will be looking to get them back in the ring before the end of the year.” 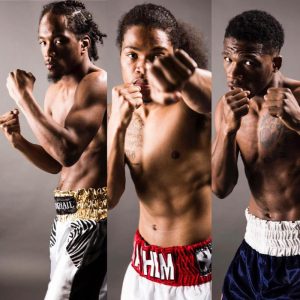