Unbeaten Colombian power-puncher Janer Gonzalez (19-0-1, 15 KOs) takes a major step up in competition when he faces unbeaten Russian prospect Radzhab Butaev (7-0, 6 KOs; WSOB: 9-1) this Friday, Nov. 10, at the Masonic at Templelive Cleveland in downtown Cleveland. The scheduled eight-round welterweight bout will be telecast on the popular ShoBox: The New Generation series LIVE on SHOWTIME (10 p.m. ET/PT, delayed on the West Coast).

Gonzalez, who is coached by Ruben Guerrero Sr., recently shared his training camp experience as his showdown with Butaev nears. Gonzalez, who is making his United States and SHOWTIME debut, last fought in September of this year.

Here is what Gonzalez had to say ahead of Friday night’s fight.

On his recent training camp with Ruben Guerrero Sr.:
“My good friend Oscar Escandon introduced me to Mr. Guerrero about a month ago. I came to California to start training with Ruben shortly after. It’s been a great transition and training camp has been very productive. I’ve been sparring every other day since I got here. I’m in good shape and I’m ready to perform at my best this Friday.”

On facing undefeated Russian prospect Radzhab Butaev:
“I know I have a tough fight ahead of me, but I’m ready for the challenge. Butaev had a tremendous amateur career, but so did I. I have over 300 amateur fights under my belt and there is nothing Butaev will bring to the ring that I haven’t already seen. We equally have a lot of power, so the fans can expect to see some big shots being thrown by both of us. I’m going to leave everything in the ring come fight night.”

On making his U.S. debut and what a victory on Showtime will do for his career:
“Fighting on SHOWTIME is a tremendous blessing for me. This is my first fight in America and I going to make it special. The exposure I will get can take my career to the next level, especially if I come out victorious. A win will garner me some big fights and some big paydays. I’m fighting for my family and my countrymen in Colombia. My motivation is at an all-time high and the boxing world will know my name after this fight. 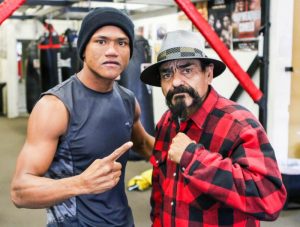 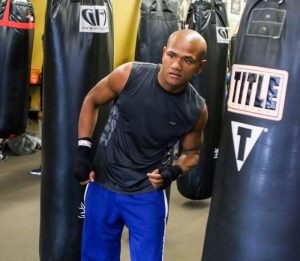 Anthony Joshua’s trainer Joby Clayton has called on his charge to revert to form and try to knock out Tyson Fury. Joshua took back his WBA, IBF and WBO titles by wide unanimous decision in his rematch against Andy Ruiz Jr in Saudi Arabia in Decemb…

Evander Holyfield has reflected on his first-ever sparring session with Mike Tyson as rumours of a potential rematch gather steam. Holyfield, 57, has been linked to an exhibition bout with the 53-year-old Tyson after both heavyweights recently pos…

WBC heavyweight champion Tyson Fury 30-0-1 (21) has warned fans against getting their hopes up for an all-British clash with unified champion Anthony Joshua 23-1 (21). The 31-year-old Fury dominated Deontay Wilder in their rematch in February, sto…

Murat Gassiev 26-1 (19) wants revenge on Oleksandr Usyk 17-0 (13) at heavyweight, according to his trainer Abel Sanchez. The 26-year-old Russian hasn’t fought since dropping a points decision to Usyk in a four-belt unification bout in the final of…

Mike Tyson will confirm the name of his mystery opponent for a charity boxing match this week. Speculation has been rife that Tyson will take on old foe Evander Holyfield, who beat him twice in the 1990s including in the infamous ‘bite fight’ that…

Anthony Joshua sends message to Tyson Fury: "You're just another…

Why Deontay Wilder And Daniel Dubois Will Not Imminently Fight,…