Mykal Fox remained perfect by winning an eight-round unanimous decision over Manuel Reyes in the main event of a King’s Promotions promoted card this this past Tuesday night at The Sands Bethlehem Event Center.

The show was dedicated to former King’s Promotions Director of Operations Desmond Hammond, who passed away last week.

Vazquez scored a knockdown in round three, and two more in round eight to take the victory by scores of 77-72 twice and 75-75.

Joseph Adorno remained perfect by stopping Corben Page at 2:58 of round two of their scheduled four-round super featherweight bout.

Adorno of Allentown, PA scored two knockdowns, and is now 5-0 with five knockouts. Page of Springfield, OR is 5-16-1.

Harold Lopez won a four-round unanimous decision over Jerrod Miner in a battle of a undefeated light flyweights..

Michael Coffie made a successful pro debut with a first round stoppage over Ralph Alexander in a heavyweight bout.

The bout lasted just sixty-one seconds for Coffie of Brooklyn, NY. Alexander of Lanham, MD is 0-2.

Hector Bayanilla dropped Jose Elizondo in round two en-route to a four round unanimous decision in a super bantamweight bout.

King’s Promotions returns on Friday, December 1st at the 2300 Arena in Philadelphia with a loaded night of action that will feature Tyrone Brunson battling Manny Woods; Brandon Robinson taking on Christopher Brooker in a super middleweight showdown and Jaron Ennis taking on George Sosa

THERE WILL BE A PRESS CONFERENCE THIS WEDNESDAY, NOVEMBER 29TH AT THE 2300 ARENA AT 6 PM

ELEVEN SPORTS is available in 70 million homes worldwide in Belgium, Italy, Luxembourg, Poland, Singapore, Taiwan and the United States. Launched in the US in March 2017, ELEVEN SPORTS is dedicated to delivering world-class domestic and international sports and lifestyle entertainment ‘For The Fans’. Sports fans will be treated to a unique mix of emerging and established sports combined to provide engaging and compelling LIVE entertainment, placing the viewer at the very heart of the action. 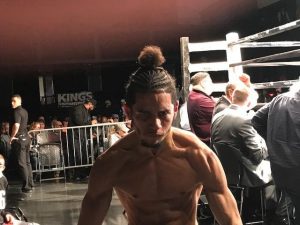 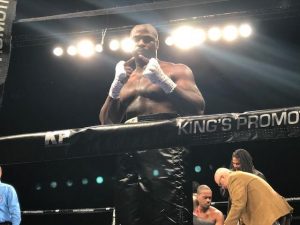 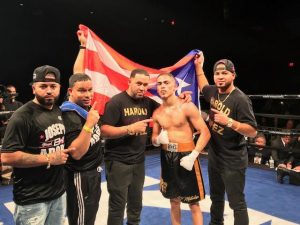 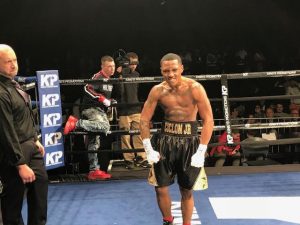 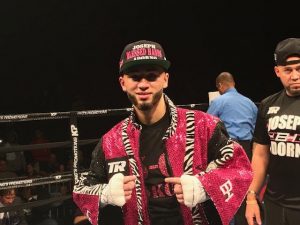 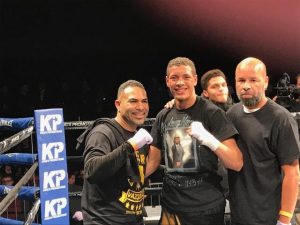 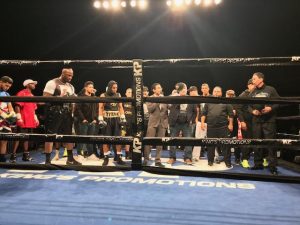 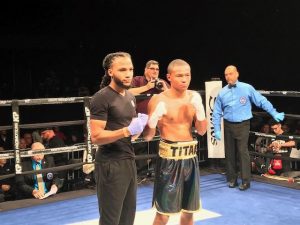 Vergil Ortiz Jr to dedicate next fight to Kobe Bryant

What a great achievement by Tyson Fury to come through all of his troubles and tribulations to triumph. At one time it seemed he had serious mental and physical problems and that his career might be over just when he had reached the pinnacle. He didn’t lose faith when he…

UNIFIED WORLD SUPER lightweight champion Josh Taylor will fight in Glasgow again, at the SSE Hydro, for his mandatory defence of his IBF title against the unbeaten Thai Apinun Khongsong on Saturday May 2, live on BT Sport. The event will be promoted by Frank Warren for Queensberry Promotions in association…

Tommy Santiago, a standout high school football star and accomplished amateur boxer, will enter the ring for his first pro fight on March 27 at 2300 Arena, and his dad will be in his corner. To spectators, it's another father-son team, made slightly more interesting because Tommy is the second Santiago…

Paul 'Bomber' Brown aims to come 'Back with a Bang'…

10 Round Welterweight Clash Added To This Saturday’s Valley Fight…

Joe Joyce aiming to bully Daniel Dubois like Fury did…

Keith Hunter to face Sanjarbek Rakhmanov in rematch on Shobox

Dubois claims Fury is 'The Best' before turning his attentions…

Welterweight showdown tops a blockbuster night of action in Frisco,…

Craig Richards forced to withdraw from title fight against Shakan…