2017 in Wales was busy and action-packed. Welsh boxers competed on the national and international stage. The Welsh title continues it’s revival with three new champions crowned during the year: Tony Dixon, Nathan Thorley & Gavin Gwynne.
The year produced surprises, knockouts and hard-fought contests. The following awards were decided via a select panel of eleven voters.

Boxer of the Year 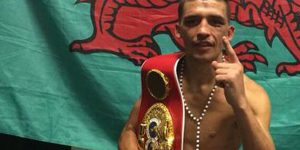 And still….IBF Featherweight champion of the World. The year started badly when the fight with Barros fell through at the weigh-in, in Las Vegas. Lee rebounded with a non-title stoppage win over Spain’s Andoni Gago, in London. He then made two defences, beating Argentina’s Jonathan Victor Barros and Mexico’s Eduardo Ramirez, both times in London. The 30-year-old Barry native has a 26-1, 9 KOs record. He’s held the IBF title since 2015.

Fight of the Year 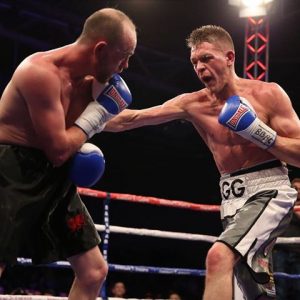 In a battle for the vacant BBBofC Welsh Lightweight Title, spectators were treated to a hard-fought contest. Gwynne and Janes put everything on the line and served up a treat. Gavin Gwynne had his hand raised, at Merthyr Leisure Centre, though both men took the plaudits.

Prospect of the Year 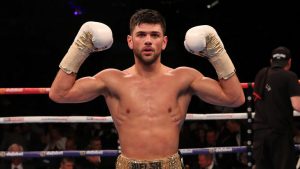 After a successful amateur career, Cardiff’s Cordina took to the professional stage. Trained in Essex, by Tony Sims, he’s impressed all with five stoppage wins, in six fights. He has the backing of Matchroom Boxing and the talent to go a long way.

Female Boxer of the Year 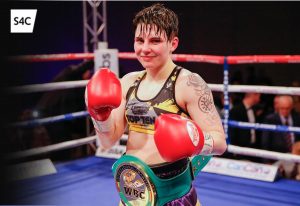 Three fights, in 2017, two wins and a draw. The impressive Brace earned the vacant WBC International Female Bantamweight Title, with a ninth round stoppage of Alexandra Vlajk. She followed that up with a win over Nevenka Mikulic. The year ended with a disputed draw against Melania Sorroche, a fight that deserves a rematch. Ashley is undefeated, with a 7-0-1, 3 KOs record.

Performance of the Year 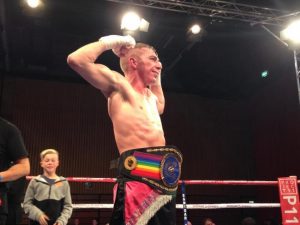 Cefn Fforest’s Robbie Turley (18-6, 4 KOs) raised his game to become the Commonwealth Super Bantamweight champion. At the Newport Centre, he dropped then stopped England’s Bobby Jenkinson in the ninth round. Jenkinson had won six, of his previous seven bouts, going in. Both men gave it their all but the boxing talent of Turley shone through. For Turley, it was his World title fight and he grabbed the chance with both fists.

International fight of the Year

Barry’s Andrew Selby overcame tough contender Maximino Flores, in a fight live on Channel 5. The WBC Flyweight Eliminator took place at the historic York Hall, Bethnal Green, London. Selby’s talents were on display, while Flores was tough, gritty and durable. The Welshman proved to be a class above and won a unanimous decision, over twelve-rounds.

Best win of the Year 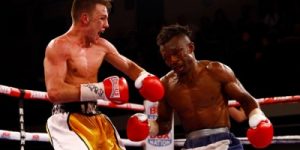 Debutant of the Year 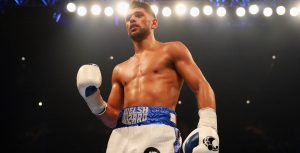 Six fights in your first year, as a professional, is impressive. To do it with the spotlight of TV on you takes some doing. Lightweight Cordina has excelled and looks to have all the tools. 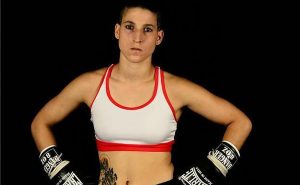 The Spaniard came to Wales to challenge Ashley Brace, for the vacant EBU Female Bantamweight Title. The hard-fought contest went the ten round distance. Sorroche earning a draw and the respect of all those watching.

Comeback of the Year 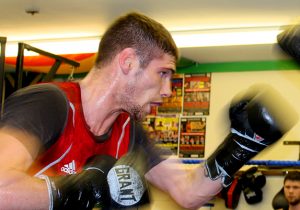 Swansea’s ‘Rok’n’Rolla’ fought three times in 2017. After periods of inactivity and being on the wrong end of bad results, Chris joined Gary Lockett’s gym. 2017 was a bounce-back year and brought consistency. 2018, will surely, bring titles.

Boxing Trainer of the Year 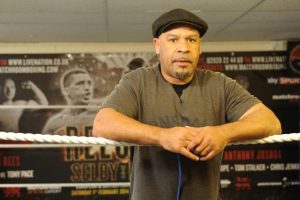 Tony Borg has had a lot of success out of St. Joseph’s gym in Newport. 2017 was another hugely successful year. He trained Lee Selby to more World title defences, Andrew Selby to the brink of a World title, Robbie Turley to the Commonwealth title, Gavin Gwynne to the Welsh title. His talented stable of fighters includes Craig Evans, Lee Churcher, Ashley Brace, Lance Cooksey & Daniel Barton.

Welsh Boxing historian of the Year 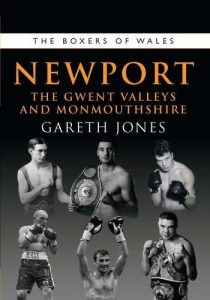 Best Commentator of the Year 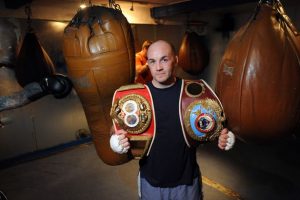 King of commentating chat, Cardiff’s Barry Jones retains his title. A weekly regular on TV channel Boxnation, he covers boxing from all across the globe. 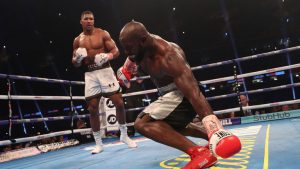 78,000 fans filled Cardiff’s biggest venue and broke the world record attendance for an indoor fight. The Principality Stadium was the stage for Joshua’s World Heavyweight title fight against France’s Carlos Takam, which was promoted by Eddie Hearn’s Matchroom Boxing. Joshua won via stoppage in the tenth round. Welsh referee Phil Edwards was in charge of the action.

Referee of the Year 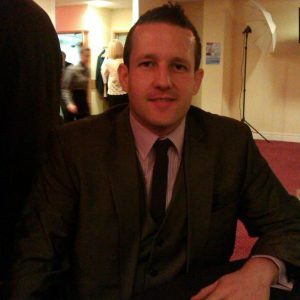 Last year’s winner and, once again, has come out on top with the voting panel. Took charge of a Welsh title fight, reffed on the huge Joshua vs Takam card and was the man-in-the-middle on many Welsh shows.

Timekeeper of the Year 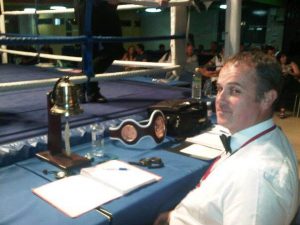 A mainstay of the Welsh professional circuit. The Monmouthshire man is an integral part of any Welsh BBBoC show.

MC of the Year 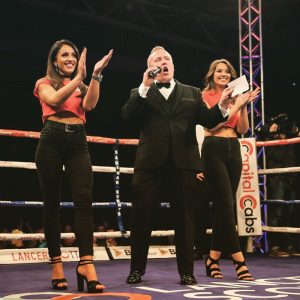 Last year’s winner and still on top of the pile. Rhondda’s Ricky Wright took his vocal talents all over the UK and Europe. He was the main MC on several televised cards.

Boxing Writer of the Year 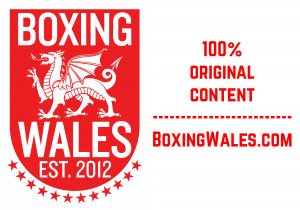 Dewi Powell covers the sport in Wales and is a regular at ringside. He’s the owner and editor of the successful website BoxingWales. The site impressively has 100% original content.

Knockout of the Year (or stoppage) 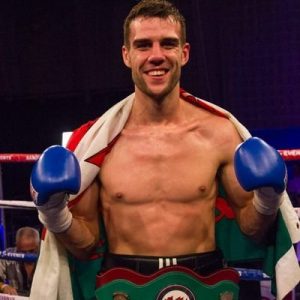 Merthyr Tydfil Leisure Centre was the scene for our KO of the year. Shown on S4C and with the Welsh light heavyweight title on the line. Two punchers collided on this Sanigar show. Nathan Thorley’s thunderous right-hand dropped Jermaine Asare, who beat the count, but the contest was rightly stopped by referee Reece Carter. Thorley’s nickname is ‘Thunder’ and for good reason.

Road Warrior of the Year 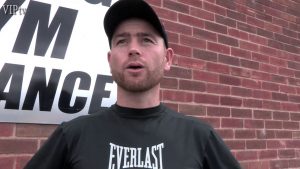 The 34-year-old Cardiff veteran started the year with a win and followed it up with two draws – all on the road. He then took Joe Murray the distance in Manchester. Henry (10-22-2, 1 KO) ended the year in a tremendous battle, for the Welsh lightweight title, against unbeaten Gavin Gwynne. Five fights, in 2017, saw him fight in Bedworth, Wigan, Liverpool, Manchester and Merthyr Tydfil.

Upset of the Year 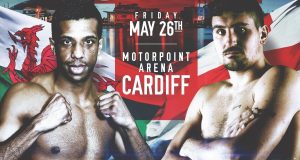 The upset wasn’t the result but the manner of defeat. Matty Askin is a quality operator, at British level. Craig Kennedy lost his unbeaten record and was stopped in the sixth round. ‘The Kid’ was dropped early, in the fight, and never got himself back into contention.

Promoter of the Year 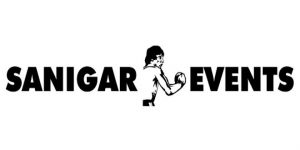 Chris and Jamie Sanigar kept the boxing flowing in Wales, with promotions in Merthyr Tydfil, Newport and Ebbw Vale. They manage, and promote, a large portion of the boxers in Wales. They also promoted two shows in London that featured several Welsh boxers. The Bristol-based promoters have fully established themselves, as the main promoter, in South Wales.

On Facebook and Love Welsh Boxing? Keep up-to-date with the latest news and join the debate here: Welsh Boxing News