George Groves won the WBA and IBO super-middleweight titles in an action packed domestic bout in the semi final of the World Boxing Super Series tournament.

There was a visible size contrast between the two boxers last night, but more importantly it was a lack of experience on the part of Chris Eubank Jr that cost him the win at the Manchester Arena. He was caught with alarming ease with right hands while he was occasionally stationary and with counter hooks when he walked forward with his hands low. 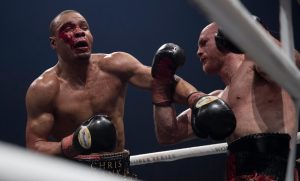 A lack of a good jab to set up his other punches was probably a decent part of what went wrong for Eubank, who instead opted to focus on the power punches. He was cut next to his right eye early in the fight after rushing in and clashing heads with the Londoner and his face was almost a bloody mess by the time the fight concluded. Groves dislocated his left shoulder and was virtually fighting with just his right hand in the last round but it was a little too late for Eubank in the last round, despite catching the WBA champion with some good punches in a dramatic finish that got the crowd roaring and clapping both boxers.

So, what did this fight mean and show for George Groves and Chris Eubank Jr?

Let us start with Eubank.

He showed that he has a great chin after absorbing some massive thumping counter punches throughout the contest. There is also little doubt that Eubank has a big heart after trading with his bigger opponent despite being not quite on his level. At least not at this time. But he can get there if he really wants it. Inexperience as well as size, I believe, is what saw him take another loss. Eubank really needs to go back to the drawing board and work very hard if he wants to crack world level.

There has been talk already that maybe Chris could go back to middleweight. However, there are some solid names in the division including Billy Joe Saunders, Gennady Golovkin and Saul Alvarez. Size will just not be enough to take care of things. But working on his attributes and improving his strengths and weaknesses can be. All the promotion by British legendary father, Chris Eubank Senior should quieten down after the events that have recently unfolded. Because after all the talk, it is clear that it hasn’t been able to deliver. 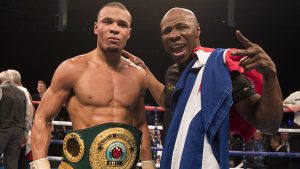 As for George Groves, his bout with Eubank was the fight that he needed to show that he hasn’t lost a couple of steps like a lot of us thought he had. Ever since his rematch with Carl Froch in 2014, it looked as if he was not the same boxer that he used to be. And even though it was not a punch perfect performance, the fight on Saturday night will hopefully go a long way to erase a few of the doubts that we had that he can still be a meaningful force in boxing.

It is too early to tell how long George could be out of the ring for after his dislocation injury but there is little doubt that he will take it all in his stride. It is planned for him to face either Jurgen Braehmer or Callum Smith next in the Super Series final, but that is dependent upon whether his injury will heal on time. It is a bit sad that a fight with either man will probably not grab as much attention as the one did yesterday, but the Super Series has done a decent job of pitting the best of the divisions against each other. The Super Six tournament back in 2011 was good entertainment but it seemed to drag on for far longer than it needed to. George Groves will either be facing either Braehmer or Smith next

Chris Eubank and George Groves can relax at home knowing that they are both a credit to our beloved sport. There was little nonsense in the build up and their match was still able to deliver what many wanted to see.

Everybody is a winner.