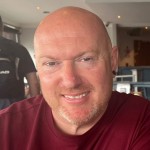 When any young aspiring pugilist enters a boxing gym for the first time, the first thing they will learn is that boxing is the noble art of hitting and not getting hit in return. Alongside the basic punches, they will be taught the importance of footwork, blocks and parries, slipping, rolling, bobbing and weaving, and then incorporate the required type of defence to their in-ring style.

The sport has produced some of the most iconic fighters who have executed different versions of defending. Here we look at five ring masters and the approach they took to achieving boxing immortality:

The self proclaimed “greatest” pretty much ripped up the text book and relied on his natural instincts to develop a truly unique style. The manner in which he moved with his hands low and and used his razor sharp reflexes to pull back from punches, countering with sharp one two’s as the oncoming punches whistled harmlessly past his chin, was unheard of at the time. Old school trainers however, frowned upon this style, the thought that being caught on the end of a punch with your hands down was likely to end with a boxer staring at the ceiling. And many reflexed style fighters have indeed ended up like this as age and time catches up with them. But Ali’s greatness allowed him to reinvent himself again after a three year enforced lay-off. This time he became a master of the “rope-a-dope”, using the ropes to block punches or pull back as they breezed past his granite jaw. In the era of some of the toughest heavyweights to ever glove up, he remained the best of all.

How many times have we heard of a fighter with his chin tucked behind his shoulder being referred to as “the new Mayweather?”. This style though, was commonly seen throughout the 1940’s and 1950’s, and former three-weight champion James Toney also plied his trade in the same manner, albeit with more aggression. But what separated Mayweather from the rest was the level he fought at and the achievements he earned during his career. With his body side on, chin behind shoulder with his left arm across his body and the right hand high protecting the side of his jaw, connecting cleanly with more than one solid punch at a time was considered an achievement. On top of that, he also possessed a pinpoint jab and an innate ability to control the range and pace of a fight. Those last traits were why he was “Money” and others are merely carbon copies. His professionalism also added to his success, always staying in shape and never abusing his body.

“You couldn’t hit him with a handful of rice” was how Whitaker’s trainer, ex-middleweight contender George Benton, once described his charge. So slick was the four-division champion, it took 15 years before he suffered his first “clean” defeat, when age and a less than auspicious lifestyle finally started to erode his almost radar-like reflexes. But at his peak, his displays of defence were mesmerising to watch. From out of his southpaw stance, he would stand in front of an opponent, slipping, twisting and bending whilst their punches missed by the proverbial mile, then potshot them with counters, after which Whitaker would step over and spin, almost ending up behind them. It was ring artistry at its finest.

The famous “peek-a-boo” style favoured by Cus D’Amato never looked better than when Tyson tore through the heavyweight division in the mid to late 1980’s. Standing just under 5 feet 11 inches, his head moved like a pendulum as he slipped shots whilst aggressively pursuing the opposition, before he would bob and weave to launch his fight ending power on their now exposed chins. This style became popular but also required a lot of physical exertion. When Tyson’s celebrity status took over though, he started to neglect what made him the fighter he was and he became a lot more hittable, with this combination eventually leading to his downful. His peak may have been brief, but he continued to demand the attention of all due to his explosiveness and unpredictability. At his finest, he would have been a handful for any heavyweight in history.

Not an obvious choice but allow me to elaborate further. When Hopkins first turned professional he was noted more for his power, hence “The Executioner” moniker. But by the time he had made a division record 20 title defences of the middleweight crown, he had evolved in to a superb ring technician, having mastered the subtleness of blocking and parrying. His ring generalship enabled him to control the pace and range of a contest, working the angles whilst adding up points with his jab. His regimented lifestyle played a key part in his longevity, as he added the light-heavyweight title three times to his growing legend, and then twice becoming the oldest fighter in history to become world champion, breaking his own record in the process. As time went on, he could be outpointed by the elite, but that he could test them and push them all the way in his late forties, tells you that this remarkable fighter had a very remarkable skill set, one that may not be seen again for a very longtime.

There have been other great defensive fighters who left the crowds in awe and admiration, but the level and impact the aforementioned reached surpassed many of their compatriots. Their style of defence was a key part of what made their ring immortality.

No matter how strong a fighter’s offence is, without a good defence it will only take you so far. After all, the above didn’t do too bad, did they?

Jaime Munguia splits Tuerano Johnson's lip in half for gruesome…

Jaime Munguia splits Tuerano Johnson's lip in half for gruesome…