Two of the best cruiserweights in the world, Oleksandr Usyk and Murat Gassiev, will fight to decide who reigns supreme on Saturday night in Moscow. The winner will be the holder of the Muhammad Ali trophy, said to be the most prestigious prize in boxing.

Gassiev has impressed in his last two wins, stopping Yunier Dorticos and Krzysztof Wlodarczyk, while Usyk won a split decision over Mairis Briedis last time in what was possibly his most difficult fight yet. He had previously stopped Marco Huck in 10 rounds.

Gassiev has compiled a record of 26-0 with 19 KO’s. Ukrainian Usyk presently stands at 14-0 with 11 KO’s and is a southpaw. His Russian opponent is a natural orthodox fighter and has a half inch height advantage at 6’3 and a half. But Usyk has a benefit with two inches in reach which could be crucial. 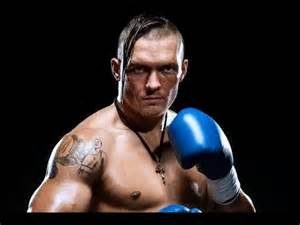 However, even more important could be the fight’s location which will be staged in Gassiev’s own country. Most people hold their breaths when a fight is not held in neutral territory, especially when it manages to last the distance due to the possibility of some sort of injustice taking place. Let’s hope nothing like that happens on Saturday because it would be a shame if some kind of controversy rears it’s ugly head after what has been an impressive first run of the World Boxing Super Series tournament.

Gassiev is the cleaner puncher while Usyk likes to throw in large volumes, so it may all lean on what each judge prefers. Usyk will have to watch out for Gassiev’s left hook to the body, which has proven to be pretty damaging in the past. Both are good in the mobility department and use the ring well, but Gassiev can stand toe to toe if he chooses to. Equally, they hold up a tight guard throughout, but Usyk’s looks the more efficient of the two. Punches have gotten through Gassiev’s guard in the past, but he mixes his punches well to the head and body. 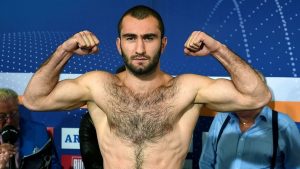 Stamina is not an issue for either and their punch resistance does not seem to be in question, which gives this contest a serious chance of going all the way. Usyk likes to throw the straight right a lot and Gassiev can be offset with the jab. Might that tell some of this story? Usyk can be driven back but is good at landing when his opponents take short breaks. His work rate doesn’t seem to slow, even in the later rounds.

This final is quite intriguing when thinking about all the ways it could pan out. It could very well be technical, with both looking to land as many clear strikes as possible while being wary of each other’s strengths. But it can also be seen that both guys go at it and land their best, although the former is probably more likely. Whatever way it turns out, there is little doubt that this fight will be fun for the fans and the crowd will be sure to show their appreciation. 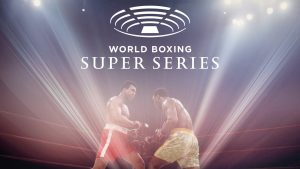 It is difficult to pick a winner for this one but I am going to go for Murat Gassiev. He looks to be the more polished boxer and he also has home advantage. It would be very surprising if the bout becomes a little too tactical despite the skills that both possess. It has all the makings of a rigorous fight in one respect or another.

You may think whatever you want about Richard Schaefer and the Sauerland’s claim that the Muhammad Ali trophy is the most prestigious prize in the sport. What has been evident is that this tournament has proven to be much more successful than the Super Six that ran from 2009 to 2011. The duration is shorter, so fans are not left hanging around for years to see an ultimate winner. And the fights produced have been more significant to the main picture of boxing.

Here’s looking forward to the next World Boxing Super Series later this year!

Q&A with Chief Boxing Officer Kalle Sauerland on his arrival in Moscow
Alexander Povetkin denies he is a drug cheat after being named as Anthony Joshua’s next opponent
Read more articles about: Murat Gassiev, Oleksandr Usyk