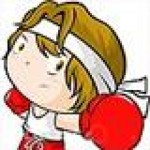 Thai boxing star Srisaket Sor Rungvisai (S. Nakornloung Promotion) and his team are planning to leave the country on April 17 to fight with “El Gallo” Juan Francisco Estrada who is a former WBA Super World and WBO World Flyweight titlist as a main event of “The Rematch” on April 26 at The Forum in Inglewood, California. Both men will make their rematch fight after they made an excited bout in last February at the same venue and Srisaket retained his WBC Super Flyweight World belt by a majority decision over the Mexican challenger.

Srisaket has great confidence in this fight because he has very good preparing around 4 months. in addition, he has top grade sparing mates such as a former OPBF Bantamweight champion, “The Journey Man” Mark John Yap and “The Silencer” Arnel Baconaje, both men are from the Philippines, and 3 times world title challenger, Chonlatarn Or Piriyapinyo of Thailand. And his 2 Filipino sparing mates earned their title fights after go back home, Yap became a new Global Boxing Organization (GBO) World Featherweight champion after got a TKO won over another Filipino fighter, Ulysses Lagos In round 7 for vacant title and Baconaje captured the vacant WBC Asia Silver Featherweight belt by one punch knocked down Tomjune Mangubat (PHL) in round 8. And why Srisaket can’t get KO win over Estrada?

The Thai world champion finished his last 4 rounds sparing session on April 15 to completed 317 rounds. Srisaket and his team will leave our country at Suvarnabhumi International Airport by EVA Airways around 03:10PM on April 17 to change the fight at the Taiwan Taoyuan International Airport to travel to Los Angeles. And he should spend his time around 19 hours and 35 minutes before arrives their.

All Thai boxing fans would like to encourage you to win again in America.