The ‘Monster’ lived up to his reputation and added the IBF title and Ring belt to his WBA strap after sending Rodriguez to the canvas three times in the second round.

“I always felt like I could knock him out and that’s what I fought for,” said Inoue.

His mind-blowing performance sets up a clash with the ‘Filipino Flash’ Nonito Donaire in the WBSS bantamweight final.

“Nonito Donaire is a terrific fighter. He can box well, he can punch well. I’m confident I will beat him, although I’m not quite sure of my strategy just yet.”

“It was an incredible fight,” said Donaire on Inoue’s show. “I am looking forward to the final, this is the type of fight that I wanna be in. I always seek to fight the best of the best. The one with the best game plan wins the final.“

Scotland’s ‘Tartan Tornado’ Josh Taylor earned his first world title after producing a career-best performance against the tough Belarusian, ‘The Beast’ Baranchyk, and the unanimous decision verdict via scores of 117-109 and two times 115-111 means he is on to face WBA titleholder Regis Prograis in the super-lightweight final of the WBSS.

“I took more risks than I should have,” said Taylor. “And I could have made it easier on myself. If I had more time in the sixth round I would have stopped him. It was easy peasy.

“I’m so delighted of winning a world title and I can’t wait for the final now. I think I’m the best, Regis Prograis thinks he is the best. I am confident of going all the way.”

“It was an excellent fight,” said Prograis, who was watching from ringside. “But I am the best in the division and I will beat Taylor and take home the Ali Trophy.”

The WBSS returns on June 15 with a sensational doubleheader at the Arena Riga in Riga, Latvia: Mairis Briedis vs Krzysztof Glowacki and Yunier Dorticos vs Andrew Tabiti for spots in the cruiserweight final.

18 May – The SSE Hydro, Glasgow, Scotland 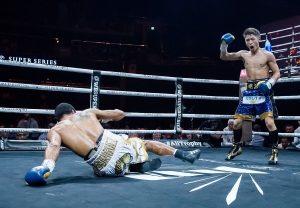 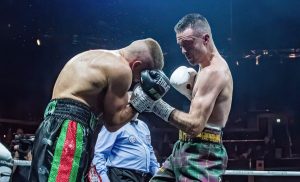 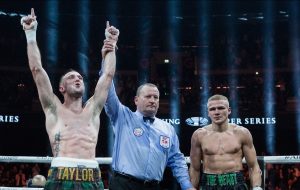