It has been a week since Anthony Joshua was shockingly beaten by Mexican American Andy Ruiz in 7 rounds at Madison Square Garden in New York.

In what was supposed to have been an easy defense of Joshua’s IBF, WBA, IBO and WBO crowns. It was certainly looking that way for a very brief time when Ruiz was knocked to the ground in the 3rd round by a left hook. But the challenger rose and chose to trade with the champion, which was a huge mistake for the former multi-belt holder when he was caught by a left during an exchange and was knocked down seconds later. Ruiz scored another knockdown during the same three minutes but Joshua made it to the bell. Rounds 4, 5 and 6 were relatively low key but things heated up again in the 7th when Ruiz piled on the pressure once more. Joshua suffered two more knockdowns before he defiantly got to his feet but was given no choice but to surrender by referee, Mike Griffin. 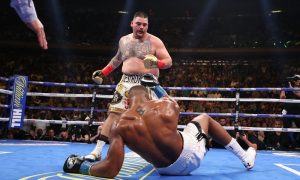 It has been a busy seven days for many media outlets reporting on one of boxing’s biggest upsets in heavyweight boxing. News came a few days ago that Joshua has wished to execute the rematch clause that was contained in the fight contract, although his body will require a good deal of rest first. Promoter Eddie Hearn stated that the return will likely take place in either November or December at a venue that is yet to be obviously decided. Ruiz has demanded £40,000,000 to fight Joshua on British soil and it remains to be seen what the response will be from Hearn and Matchroom.

While British fans are undoubtedly hoping that Anthony can reverse what happened later on in the year, it is not an absolute guarantee that he can do it. Sure, this would apply to any fight in boxing. But I think it pertains to Joshua in particular.

Past English heavyweight greats such as Lennox Lewis also took some unexpected losses in their careers. The bookies had Lewis odds-on favourite to win the rematch with Hasim Rahman, who stopped him seven months earlier, which he backed up with a 4th round knockout.

But here is the thing! Lewis was the “finished article” by that point. 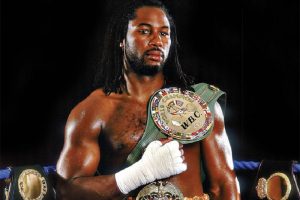 Anthony Joshua is still a work in progress. He won his first world title in only his sixteenth fight. As of writing, he has only just had 23 contests. The Watford fighter is still learning new things. He displayed plenty of flaws last weekend. The jab was used only sparingly, and when he did use it he elected to paw and flick it instead of working the punch regularly and with conviction. His left hand was low and he opted to trade during the most dangerous of moments.

The height and reach of Joshua was not used to full advantage, and considering he rushed in after knocking Ruiz down, that suggests that he may be a little bit too in love with his power and eager for the knockout.

There is a possibility that, as with a sizeable number of tall fighters, the Brit has trouble boxing shorter opponents. Carlos Takam and Alexander Povetkin forced him into territory that he had not been in before. And, of course, the shorter Ruiz had the highest amount of success with an actual victory. I think it is a pattern that is worth considering.

And how does Anthony Joshua win the rematch? 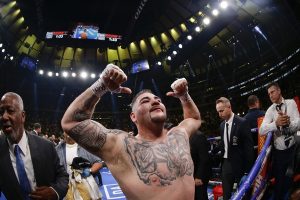 Trainer, Robert McCracken will surely come up with a good gameplan. But if we take a look at how Lennox Lewis dealt with David Tua back in 2000, that fight may be a reliable asset to look upon for a solution. Lewis continually kept Tua on the end of a thudding, sharp jab and then followed up with big right hands that kept the Kiwi man at bay and from getting in on the inside. Swift lateral movement also helped, as well as the odd clinch whenever Lewis thought he was getting a little too close for comfort.

Joshua adopting this kind of strategy will likely make it a dull fight for the fans. But it is doubtful that he can afford to suffer a second loss in a row at world level so soon. Entertainment may have to be sacrificed in order to reap long lasting rewards.

It is a pivotal time indeed.

Deontay Wilder says Tyson Fury is crazy, claims to be…

Jarrett Hurd: “We want all the belts”

Daniel Roman: “At this level there are no easy fights”

Discussions underway to match Canelo Alvarez with Ryota Murata in…