WBO super bantamweight champion Emanuel ‘Vaquero’ Navarrete 29-1 (25) will make the fourth defence of his world title in just seven months when he takes on Francisco Horta 20-3-1 (10) at Auditorio GNP Seguros in Puebla, Mexico on Saturday night.

“After I won the title, I told Zanfer and Top Rank that I wanted to fight as often as possible,” said the 24-year-old Mexican champion.

“That’s what world champions are supposed to do. Look at the great Mexican champions that came before me. Julio Cesar Chavez, Oscar De La Hoya and Erik Morales built their names and their legacies by being active.

“That’s the tradition I am following. I am the Mexican ‘Iron Man’ of boxing.”

Just like the Brookly Nets, Emanuel Navarrete will want to keep winning. Betting on the Brooklyn Nets couldn’t be easier and just like Navarrete they will have to be on top form to do so.

Navarrete shot to prominence with his 12-round beating of former world champion Isaac Dogboe 20-2 (14) in New York last December. He backed up that performance with a 12th round knockout of Dogboe in May before stopping Francisco De Vaca and Juan Miguel Elorde in August and September respectively.

“I always knew I could get to this point. When I fought Isaac Dogboe the first time, very few people gave me a chance. I seized the opportunity,” Navarrete continued. 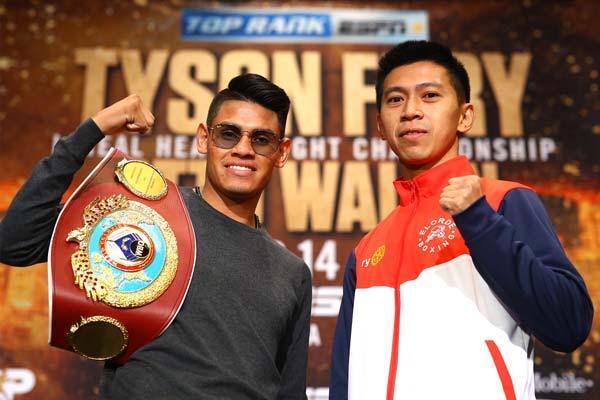 “It means a lot to defend my world title back in my home country. I have fought at many of the great venues in America, but this is extra special for me.

“The fans in Puebla have welcomed me with open arms. This is going to be a classic all-Mexican battle, but ‘Vaquero’ will once again be victorious.”

The goal for Navarrete in the next 12 months is to unify the super bantamweight world titles. Daniel Roman 27-2-1 (10) hold the IBF and WBA championships while Rey Vargas 34-0 (22) is the WBC boss.

“In 2020, I would love to unify the titles at 122-pounds and if any of the bantamweight champions would like to move up to 122, I am here. I want to fight the best. That’s the Mexican way,” he said.

“I’m very happy to be defending my world title in my beloved Mexico. I’m excited to get in the ring. Horta is a very strong fighter. I told him to train hard so we can give a great fight to the people of Mexico. This fight will be won by the fighter that is the most prepared.”

“I want to thank Zanfer and Top Rank for allowing me to appear in Mexico as a world champion.”