This past weekend in Saudi Arabia, Anthony Joshua reclaimed his share of the heavyweight crown with a clear-cut victory over former champion Andy Ruiz Jr.

Joshua was stopped in seven rounds by Ruiz on June 1st of this year in New York. The fight was very dramatic, as Joshua scored a big knockdown in the third round, before seeing his Mexican American foe rally back to score four knockdowns of his own. Joshua had enough in the seventh, and the fight was stopped.

People had mixed opinions heading into the rematch, with many questioning Joshua’s heart and resolve. Joshua showed his boxing ability on Saturday, as he boxed his way to a clear-cut unanimous decision victory over Ruiz, who was noticeably heavier and more lethargic compared to the first time around.

Wilder is on a conquest to be the number one heavyweight boxer and Joshua is one of a few boxers who stands in his way. Conquestador Casino UK  – are making a huge impact and just like Wilder he will be looking to do so in his rematch against Tyson Fury.

WBC heavyweight champion Deontay Wilder is a longtime rival of Joshua’s and he wasn’t exactly impressed after watching the fight.

“Joshua did what he had to do to get the win,” Wilder told The Athletic. “He ran around the ring and was on his bike all day. Basically, he had [Wladimir] Klitschko in the camp and he was a lot like Klitschko: that jab-grab-hold method. That’s all he did tonight.” 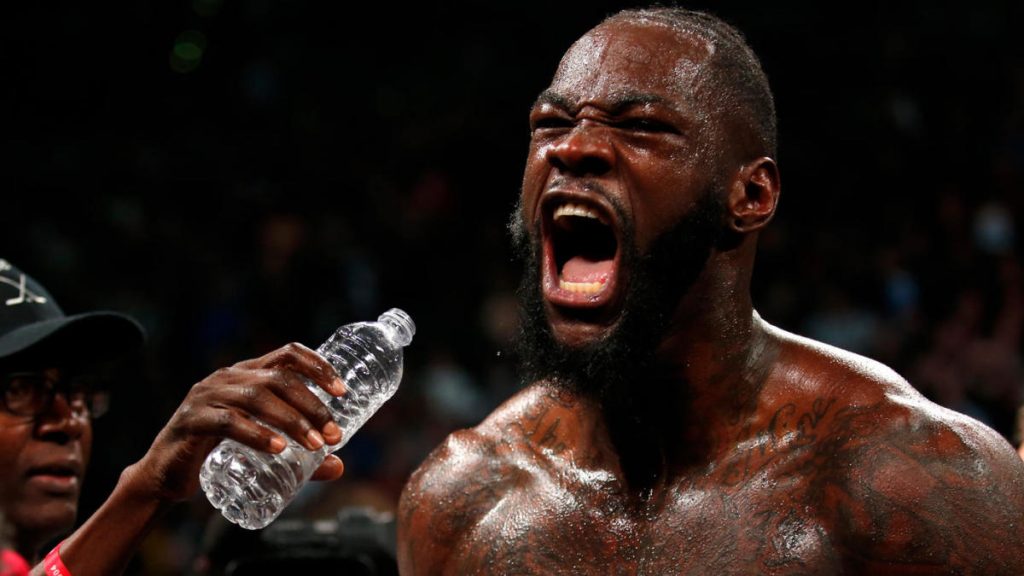 If Anthony Joshua wins on Saturday then might be be right back in the running to face him again?

For years Klitschko controlled the heavyweight division with victory after victory, but the fights were void of any drama or suspense. Wilder saw similarities in Joshua on Saturday.

“He was so hesitant,” said Wilder. “Joshua’s mentality was to survive. The Klitschko method. You want to dominate guys, man.”

For Wilder, he was to wonder how anyone can not give him his just due as a champion. His reasoning is that he gives the fans the kind of fights they want to see.
“How can no one say I’m not the very best in the world now?” Wilder said. “I’ve given you what you pay for each and every time, especially when we’re talking about a heavyweight bout. Fans come to see knockouts. They come to see something dramatic, a body lying on the canvas, spread like it’s having birth. That’s what people want to see, and that’s my mentality.”

Wilder’s last fight saw him get through early troubles against Luis Ortiz before turning the tables in round seven to score a big seventh round knockout delivered from a crippling right hand. It was also a rematch of their first fight.

But perhaps Wilder is being too hard on Joshua? After all, Joshua did what many people in the sport have yet to do in returning from a knockout loss to turn the tide of the bout in his rematch with Ruiz. It wasn’t the kind of fight many were hoping for, but it was definitely the fight he needed in order to reclaim his belts.

Fans have been split on the end result, with many coming down on Joshua for his fight, and others claiming that he showed a champion’s mentality in coming out with the victory.

Whether or not we will see him in the ring with Wilder, however, is another story.