Former undisputed heavyweight champion Tyson Fury and current WBC title holder Deontay Wilder will have a score to settle at the MGM Grand Garden in Las Vegas when they will finally face each other for the second time on February 22nd.

Fury, originally from Lancashire in England, has caused a stir once again when he admitted to the media that he masturbates seven times a day in order to raise his testosterone levels. It isn’t the first time that the heavyweight boxer has gotten people talking. But as charismatic as he is, he isn’t the first British fighter that has come equipped with a personality that is larger than life.

This article is going to take a look at seven British based combatants in particular who have attracted the masses due to their flamboyant personalities. 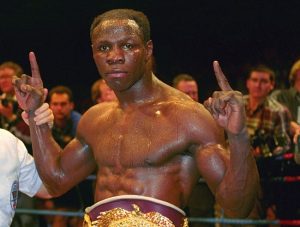 “Simply The Best” was this super-middleweight’s moniker. And although he didn’t totally live up to it, there is no denying that Chris Eubank was one of Britain’s finest during the 1990’s. Known for his memorable ring entrances, including riding his own Harley Davidson into the arena, Eubank emanated class. 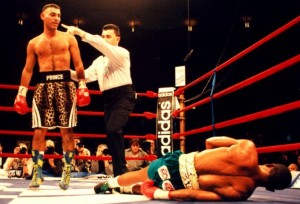 We already just discussed what Chris Eubank did for the ring entrance. Well, Sheffield’s Naseem Hamed had it down to a fine art! The former featherweight champion, who held the WBO, WBC, WBA and IBF crowns, was once accused by Eubank for imitating him, especially as far as his famous over the rope flip is concerned. However, it could be viewed that Hamed was simply inspired by it since he didn’t outright imitate Eubank move for move.

In any case, Hamed’s crushing knockout power that devastated most of the opponents that he overcame was only a compliment to the rock concert like entrances. Naz was also unusually very relaxed before a fight, with the ambience of his changing room feeling and looking more like an after fight party than the usual tension filled atmosphere that normally fills the air. 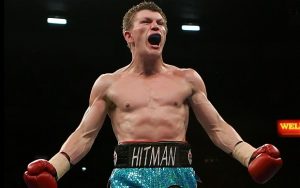 It is easy to see why Ricky Hatton was so loved by his nation. Although he came up short against the very best in Floyd Mayweather and Manny Pacquiao, the “Hitman” wasn’t averse to self deprecating humour. Special attention was paid toward his fluctuating weight between fights, with Hatton wearing a fat suit while making his way to the ring and calling himself “Ricky Fatton.”

Not one to show off any form of extravagant living, Hatton made it clear many times that he was more happy to drink a pint of Guiness at his local pub and play darts with his friends than splash it up with the “hobnobs.” 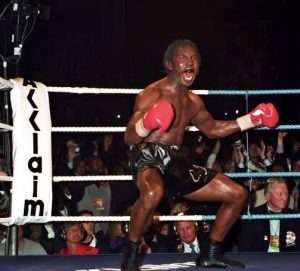 When somebody thinks of the word “charismatic” their minds tend to wonder to the likes of a Tyson Fury or a Chris Eubank. But charisma can display itself in other ways, just like it did with the one and only Nigel Benn.

Having personally met the ex-WBC super-middleweight champion, I would say that he is definitely the most intense former fighter I have come across. And I have met many boxers. Benn possessed a type of savage attitude in his fighting style that few others did from British shores. In interviews, he wasn’t one to mess around and always told the truth with cold, hard bluntness. 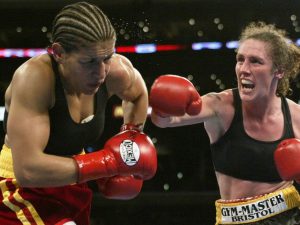 Jane Couch made history when she became the first British woman to be granted a British boxing licence in 1998. On top of that, Couch became the WIBF champion in only her fifth fight. She also collected the IWBF in 2004.

The Fleetwood born Couch raised eyebrows when she expressed that she would have no concerns about fighting a man, although her desire to do so went on to become unfulfilled. Jane is often seen wearing a big smile on her face and carries the type of determination and will in the way she goes about life to get what she wants. Her direct attitude might not be for everybody but it’s the way she carries herself and her approach to life that saw her have so much success. 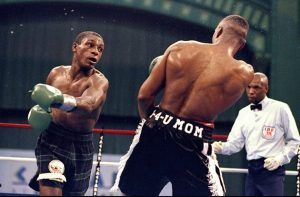 Perhaps one of the best British middleweight boxers to never win a world championship, “Bomber” was an awkward southpaw for mostly everybody and was also one of the most avoided.

Armed with a silky style that relied on sharp reflexes and good counter punching ability, Graham wasn’t shy to showboat while engaged in combat every now and then and entertain the attending crowd. Outside the squared circle, Herol had a magnetic personality that captured the hearts of many fight fans across the country. 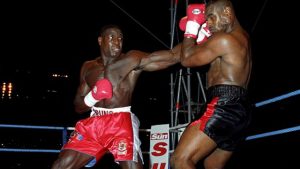 What else new can be said about Frank Bruno that hasn’t already been said already? Famous for his funny laugh and many quotes, especially ones that focused around a certain “Black and Decker,” the loveable giant did not mess around when he was boxing. Amassing 38 KO’s in 40 wins, Bruno’s crushing power flattened all but the very best.