First of all, let’s discern the difference between an attribute and a skill. Many people tend to see them as one and the same. But skills and attributes have one crucial difference. Attributes are something that one naturally possesses and needs little tutoring to gain. Skills, on the other hand, are abilities that often need to be taught.

So, we will not be talking about whether a jab or an uppercut is the most important punch. Although most knowledgeable experts and fans would agree that the jab is probably the most important punch in boxing because it sets up everything else as well as having the ability to control the opposition. But going back to attributes, they are a kind of natural talent that people possess. Attributes are obviously not confined to discussions that are boxing related. You have people that are natural at making drawings, naturally good at singing, naturally good at voice acting and…..well, the list goes on and on.

When it comes to boxing and random well known names are pulled out of the hat, it can be said that the likes of Muhammad Ali had inborn rapid hand speed while thinking fighters such as Pernell Whitaker or Floyd Mayweather could habitually use their intellect to win and overcome dangerous moments when needed to. 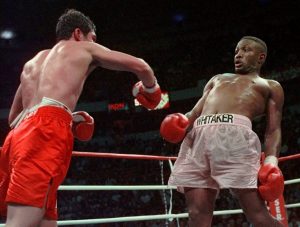 What attributes are there when it comes to boxing?

This will not be an exhaustive list but I will throw out several examples of attributes. Reflexes, a fighting acumen, speed, power (to a degree), agility, hand to eye coordination and punch resistance all fit in with what can be described as an attribute in context of the Sweet Science.

Most boxers have a preference for fighting a certain way. It is why it is often referred to as a “fighting style.” Earnie Shavers and Mike Tyson preferred to attempt to vanquish their opponents as soon as possible with bone crunching power, while others such as Willie Pep like to counter punch and dazzle the crowd with slick evasive moves. Because of this, I think it can be difficult to find a definitive answer as to what the best attribute is. It is likely dependent on the person. Whatever attributes they have, they then have to adjust their fighting style accordingly.

But perhaps history might be able to give us a clue, too.

There are many boxers that have reached legendary status throughout time, but not all of them were able to adapt and switch their gameplans when something was going wrong. Mike Tyson could not. Earnie Shavers couldn’t, either. For the sake of listing a non heavyweight boxer, neither could Oscar De La Hoya. Surely you would agree that Floyd Mayweather and Sugar Ray Robinson were superior to the aforementioned combatants, at least in terms of accomplishments. And what do those two have in common? A high ring IQ. 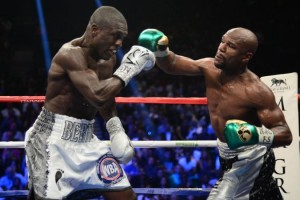 Floyd Mayweather’s ring intelligence is up there with the best of them.

Having the ability to switch tactics is something that most fighting styles can accommodate. It is just a matter of whether one can inherently do so. All in all, it’s in my belief that ring IQ is the most crucial attribute to have. It’s claimed by many sports psychologists that boxing is 90% mental and 10% physical. This makes sense.

So, what do YOU think is the most crucial attribute for a boxer to have? Comment below and let me know!