You know, I was just reminiscing. Remembering the good old days when a world title in boxing meant something. It has been the source of dreams for many boxers around the globe. The four major organisations, the WBO, WBC, WBA and the IBF are the main ones that gloved gladiators aspire to put around their waist during a prosperous career.

Unfortunately, at this point it seems that those belts have little integrity left. When the IBF was first formed in 1983 there were concerns from fans even back then that boxing could suffer serious repercussions from too many organisations competing against one another and trying to persuade world level boxers to part with millions in order to pay their exorbitant sanctioning fees. I know there were concerns because I have seen them for myself after reading vintage early 1980’s issues of Boxing News magazine. They contained sections that allowed fans to write in letters to express their views and there are a great deal surrounding issues regarding the IBF. 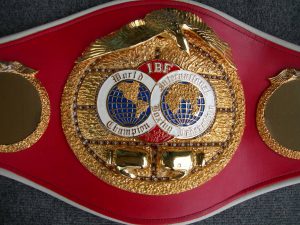 What happened back then is nothing compared to the mess we’re in at this point.

There are an assortment of problems with the sport right now, but I am not going to go into all those other ones. There is only so many negative thoughts about boxing before something good about it comes to mind. And the question that has been on my mind lately is whether there are still any reputable boxing titles left that deserve our respect?

Last year the WBC announced their new “franchise champion” designation where one elected current WBC holder receives a host of privileges including not having to defend against any mandatory challengers. While this does not specifically involve a new belt of any kind it has still added to the confusion that already exists. The WBA have multiple world champions in a particular weight class, what they call the “regular” and “super” world champions. The WBO recently created their own version of the European title called the WBO European crown. So, now the confusion is spreading into the more smaller areas or levels where boxers compete. Finally the IBF’s reputation was tarnished in 2000 when evidence, which included tape transcripts and documents, was raised in court of rank fixing.The Federal Bereau of Investigation were also involved when accusations of corruption were aimed at the first Evander Holyfield v Lennox Lewis unification heavyweight fight in 1999 after the bout was controversially declared a draw. 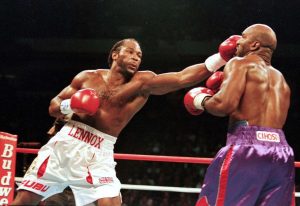 It looked as if Lennox Lewis thoroughly outboxed Evander Holyfield back in 1999 but the judges apparently saw it differently after a draw was declared.

Clearly the four major organisations have little respect left. I think we have to look deeper to find any credible straps and possibly at levels other than the highest. And having examined their current policies, I would have to say that the Lonsdale belt should still rightfully retain honour and praise. Although their policy has changed somewhat throughout the years, there has not been too many modifications and nothing that drastic either. The Lonsdale is also the oldest belt associated with boxing, having been crafted in 1909, and that is one of the reasons why it is a dream of so many boxers to win one. Unlike with the major governing bodies, fighters cannot be “upgraded” to a Lonsdale champion or awarded one until they have been victorious in four championship fights. 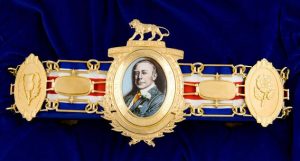 Contenders are made to work for them. Like how it should be at the very highest level. It doesn’t make sense, does it…..