Moving to Britain at the age of 16 in 1963, Bunny Johnson’s life was full of trials and tribulations, even after making a move to start anew. The fight game isn’t particularly a thankful sport but it was considerably tough for Johnson, who always believed in himself as a participant. He had a brief amateur career, winning 32 out of 36 fights.

While footage is quite limited of the Jamaican in his prime, it is well documented that he had a stunning left hook and was technically advanced enough to keep plugging away until he realised his dream of winning the British heavyweight title. Rules back in the 1960’s and 1970’s stipulated that a fighter cannot challenge for the British crown until they had been a British resident for at least ten years. Making his debut on February 8th, 1968, Johnson started his campaign at a time when it was highly believed that black boxers could not make enough money for promoters. This would evidently change several years after Bunny retired in 1981, but until such times he knew that all he could do was just work in the hope that big opportunities would eventually make their way forward.

For about seven years since his professional entrance, the boxer had to contain his frustrations while fighting in obscurity against opposition that would not show off his skills to their fullest potential until 1975. On January 13th of that year he faced Danny McAlinden for the Commonwealth and British titles. He knocked him out in the 9th round. Many years later Johnson would go on to say that the two had previously sparred one another and that he had also gotten the best of him that time, too. If those claims are to be believed then his confidence was almost certainly unwavering. 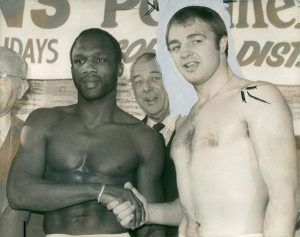 Unfortunately, the Jamaican Brit would lose those titles that same year to Richard Dunn on points. Another loss to the then unbeaten Duane Bobick, this time by knockout in the 8th, convinced Johnson that he should step down to the light-heavyweight division to see how he would fare there. This proved to be the right move when he would go on to triumph over Tim Wood for the British light-heavyweight crown. In 1977 he would come up short trying to win the European title before seeing a decline in form during the next four years. Some highlights of those final years included a repeat win over Dennis Andries, who he had previously beaten in 1979.

After a final stoppage loss Steve Aczel on September 18th, 1981 Bunny retired. He has since confessed to not being a fan of boxing as well as revealing that he had a business setup in Australia which saw him move there for the last seven years of his boxing career. He went on to study law and became a spokesman for the police force as well as owning various nightclubs in his residence of Birmingham. 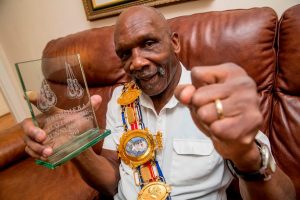 Bunny Johnson as he is widely recognised today.

In 2016 Bunny was inducted into the Ex-Boxers Association Hall of Fame. His final record stands as 55 wins, 17 losses and 1 draw with 33 KO’s.