Movies may have the power to emotionally impact us. But one could argue that songs are capable of doing so even more. Many of them have their own stories to tell and it can be gratifying when musical artists get their big break when a meaningful song reaches out to people all over the world.

I have listed below five songs which use the Sweet Science in one way or another to inspire and bring joy to so many of us. 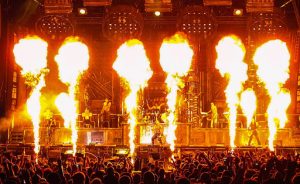 The Ukrainian heavyweight boxing brothers Wladimir and Vitali Klitschko approached German tanz metal band Rammstein to create a song for them to walk to the ring to. But despite the hard guitar riffs and booming vocals of Till Lindemann that could bring a house down, the brothers told them that they weren’t so keen on it. After contemplating what to do, the band soon filmed a music video for the song that became a humorous taken on Snow White.

Sonne is considered to be one of the best songs that Rammstein has ever made and it is still played live in arenas all over the world.

Who knows what went through the mind of the Ukrainians to reject it. 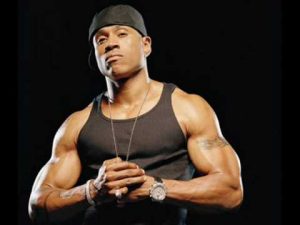 Honestly, Mama Said Knock You Out isn’t really about boxing. But it is used as a kind of template for rapper LL Cool J to assert that his musical career was still strong after claims that his fame time was on the decline what with gangsta rap also just coming on the scene and becoming a bit of a threat to his own style.

The song lyrics may only use boxing as a template but the music video for it is much closely related as LL stands in the middle of a ring and bellows out the words on a microphone similar to what MC’s would do when introducing the boxers pre-fight. Occasionally random “combatants” are seen taking knockout blows.

Momma Said Knock You Out is bold, striking and emits enough 1990’s nostalgia to entice you to go back and listen to it again and again.

Eye Of The Tiger – Survivor 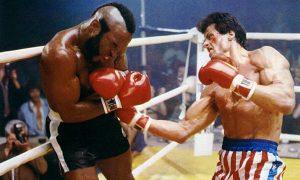 Is Eye of the Tiger the most famous song about boxing ever made? Quite possibly.

First heard in the movie sequel blockbuster Rocky III Sylvester Stallone was the one responsible for inspiring rock band Survivor for its invention. The song also appeared briefly in Rocky IV and topped music charts all over the globe. Eye of the Tiger has also been heard in television shows such as 1982’s Knight Rider.

Not far off from turning 40 years old, Survivor’s hit song still retains its effect to motivate many people during their workouts and has spawned countless covers. The band also composed and sang Burning Heart for Rocky IV which has gotten an increasing amount of credit over the years.

The Rumble In The Jungle – The Fugees 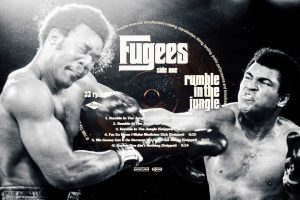 From the documentary film The Rumble In The Jungle, the song sung by 1990’s hip hop band The Fugees tells the story of George Foreman vs Muhammad Ali. It is a little cheesy to listen to now but it is still quite snappy. The lyrics aren’t exactly objective. They do not examine the fight from Foreman’s side, instead opting to praise Ali and make him sound like a mythical being which various forms of media including books are also guilty of doing.

But let’s face it. Who doesn’t think Muhammad Ali is a boxing legend?

Ya’ll Must Have Forgot – Roy Jones 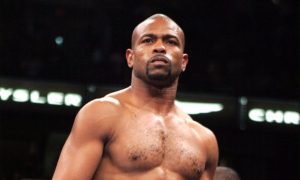 From the album Round One released in 2002, Roy Jones turned rapper to make a statement to those that doubted him and his eventual standing in the sport. It doesn’t happen too often but sometimes a fighter comes along who becomes a victim of their own talent and makes beating opponents look easy. This happened to Roy Jones who was thought to be untouchable at one point.

Ya’ll Must Have Forgot is a reminder of Jones’ extraordinary attributes as well as some of the biggest names he faced including Vinny Pazienza, Virgil Hill and Mike McCallum.