Steve is an experienced boxing writer and author. He has been writing about boxing for over 12 years and has attended over 150 shows. He has written and published nine books on the sport. He is the host on a boxing podcast called Boxing Asylum.

The boxing world is in mourning after the news broke that former world champion Alan Minter died at the age of 69 following a long battle with Cancer.

As if becoming undisputed world middleweight champion wasn’t enough, Minter also won the British title and was a two-time European belt holder. This body of work is some achievement even now, but back then both the Lonsdale Belt and the EBU crown were held in especially high regard.

Minter’s amateur stint wasn’t too shoddy either, as he claimed bronze at the 1972 Olympic Games in Munich. Many, including Minter himself, believe that medal should’ve been gold and his 3-2 loss to Germany’s Dieter Kottysch was undeserved. That result quickened Minter’s exit from the amateur game in to the professional code, and a month later he switched over to punch for pay. A reported 125 wins out of 145 contests shows the talent and dedication he had to the amateur game. 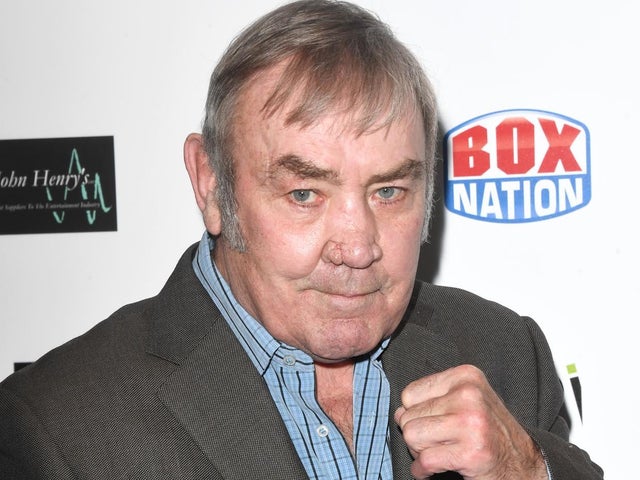 The fledgling southpaw endured some rocky moments early on in his pro career, losing twice and boxing to a no-contest with Southampton’s Jan Magdziarz. Also plaguing Minter’s career (along with tricky journeyman Magdziarz) was a propensity to cut badly. Back in their amateur days Alan spent many hours sparring with the Finnegan brothers, Kevin and Chris, and those rivalries extended in to the pro game at British and Commonwealth title level.

After proving himself on the British and European circuit, “Boom Boom” took full advantage of a shot at WBA and WBC champion Vito Antuofermo in Las Vegas. After 15 rounds of nip-and-tuck action, where Minter used his boxing skills to negate the champion’s rough and tough assaults, the challenger was awarded a split decision victory. The third judge, British referee Roland Dakin, remarkably gave it to Minter by a 12-point margin.

Minter dominated the rematch in Wembley’s Empire Pool, when Antuofermo, badly cut around the left eye, was retired after eight rounds. Minter was viciously stopped in three rounds by “Marvelous” Marvin Hagler in Wembley Arena just three months later. The fight was marred by some misguided pre-fight comments from Minter, plus the unsightly image of British boxing fans throwing all manner of debris into the ring after the stoppage.

Alan later fought New York-based Syrian Mustafa Hamsho to a split decision in a Las Vegas 10-rounder. It was a fittingly spirited display from Minter who felt he was once again on the wrong end of the decision.

Minter retired from the ring in 1981 after 49 bouts, with 39 wins, 23 by knockout and nine losses (eight by stoppage). His last fight was a third-round knockout loss to Tony Sibson.

Minter’s son Ross “The Boss” Minter boxed on the domestic circuit as a welterweight from 2001-2008. Despite his TV friendly style, Ross was never likely to aspire to the heights achieved by the late, great, Alan Minter. Former world champions Frank Bruno and Barry McGuigan were among those to pay tribute via Twitter to a popular and talented ex-world champion.

Alan Minter RIP. Alan & I worked together many times a great boxer in his day I would ask people to look at the old footage of him fighting a great boxer a sad day for British Boxing RIP “Boom Boom”

Alan Minter was first and foremost a great boxer/fighter, he could punch and he love a tear up. God bless you Alan #legend

Sad to hear of the passing of the great #AlanMinter former @WBCBoxing, European and British champion #RIP Champ

The World Boxing Association (WBA) is very sad to learn of the death of former WBA Champion Alan Minter on Thursday at the age of 69.

Just heard the very sad news that our boxing family has lost one of our own in former world champion alan minter. You’ll always be a brutish boxing legend and a gentleman alan. My love & very best wishes go out to Ross & the whole minter family at this time.Ricky.

Truly saddened to hear of the passing today of the great Alan Minter. He was a household name in the Golden Era of boxing. Everyone at Hennessy Sports send their sincere condolences to his family and friends.

The passing of Alan Minter comes on the same date of the anniversaries of when boxing legends and close friends Dean Powell and Dennie Mancini were also lost.

Both are sorely missed and their families are in the thoughts of us all at Queensberry.

May they all rest in peace.

Gutted absolutely gutted to hear of the passing of Alan minter. What a fighter, what a man. Sending all my love to the family. #RIP

Leave a tribute to Alan Minter, on the KO Boxing Forum.