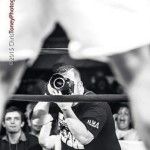 Born in Queens, NY and raised in Colombia, George Jimenez found his passion for Sports photography through his love for boxing. He combined his love for boxing and photography in 2009 when he had the chance to photograph his first boxing match. George currently contributes to Ringnews24.com, an international website dedicated to boxing based out of the UK which has allowed him to bring his work to a whole new audience. In his short six years as a boxing photographer his work has been published in various publications such as Ring Magazine, Boxing News magazine, and he is a regular contributor to ESPN and other major boxing websites. While not limited to any specific sport or discipline, George has become most known for his work within the sport of Boxing. In his downtime, George enjoys spending time with his wife Victoria and his dogs Maximus and Apollo.

Most boxing enthusiasts expected a competitive fight between Danny Jacobs and Peter Quillin. Some people favored the heavy puncher Quillin, while others picked Jacobs via decision if he could out box his opponent.

Someone forgot to tell Jacobs that he should play the part of the boxer because as soon as the bell rang he came out very aggressive and landing combinations to the head and body of Quillin.

Jacobs hurt Quillin early in the 1st round and Quillin never recovered.  Jacobs landed a brutal right hand punch and Quillin was wobbled and appeared hurt.  Referee Dock took a look at Quillin and decided he had enough and called a halt to the bout.

Jacobs defended his Middleweight title and claims the rights as “King of Brooklyn”. 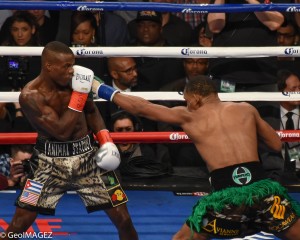 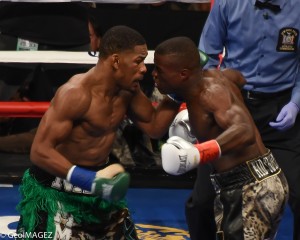 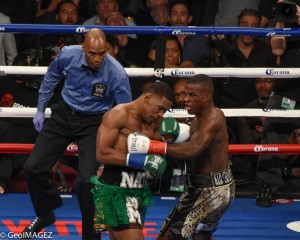 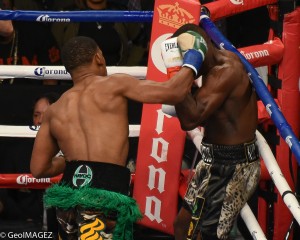 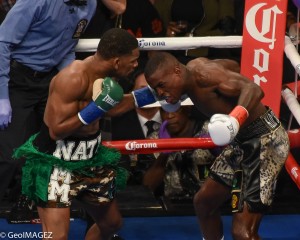 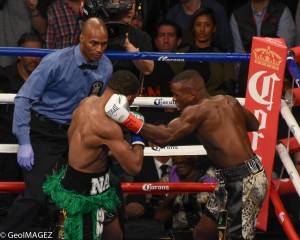 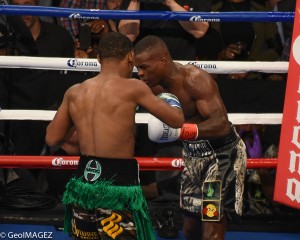 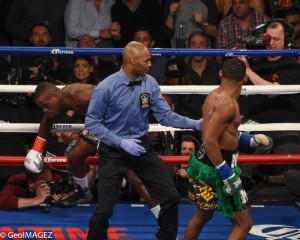