England’s World heavyweight champion David Haye says he will not underestimate American John Ruiz when he defends his WBA title for the first time on 3 April.

Haye, 29, who faces the 38-year-old two-time former champion in Manchester, admitted he will have to be wary of his opponent’s uncompromising style.

“He’s a lot tougher and a lot more durable than a lot of people give him credit for,” said Haye.

“He’s awkward, he rushes his punches and comes in heavy with his head.” 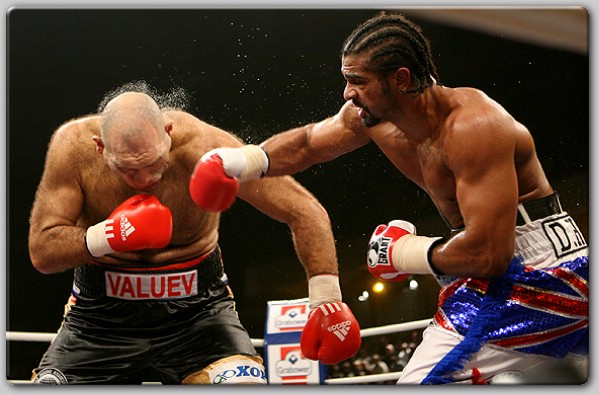 The Briton is likely to face an entirely different test against Ruiz, whose trainer Miguel Diaz has spoken about the need for his fighter to attack Haye early on.

“He’s an ugly type of fighter that drags people down,” Haye added. “I can’t allow him to upset my rhythm. I’ve got to go out there in the first round and apply my skill set and do what I do best. I don’t think he can live with me when it comes down to really holding your feet and throwing bombs. I think I punch harder and faster than him and I think I’ll be landing before he lands.”

John Ruiz has a record of 44 wins 30 by knock-out, 1 draw and 8 defeats and comes into the fight winning 3 of his last 6 fights.